The year is 1979
Jim Callaghan's Labour Government has a working majority of zero.
Parliament is in deadlock.
The country is crippled by strikes.

Relations between the British government and trade unions are at an all-time low. The IMF has agreed a financial bailout for Britain, but on the condition that punitive wage freezes are implemented across the public sector. The people are angry. The IRA is a source of constant fear, and the National Front is on the march.

Britain’s new friends on the continent, the European Economic Community, look on nervously. So too do the British armed forces, and, rumour has it, the Americans. This is a world familiar to those who were there – but it seems to have got even worse. You are right there in the thick of it.

Margaret Thatcher's Conservatives have tabled a vote of no confidence against the government. If even one Labour MP does not vote in support of the Prime Minister, the government will fall. You and your fellow parliamentary advisers have been gathered in a neglected office building, away from the prying eyes of the press, to find a way of averting disaster. The clock is ticking, and who you choose to work with can make all the difference.

Can you end the deadlock and get the country back to work? Or will you hand the opposition the keys to number 10?

T's an outstanding and remarkably exciting production on all levels, perfect to forget this messy 2019 by diving into a chaotic 1979 instead

An ambitious, timely, and emotionally satisfying piece of immersive theatre

A brilliant way to immerse yourself in the Winter of Discontent 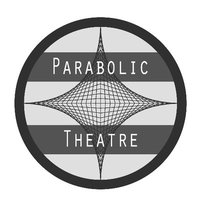