During the 15 years in which he has lived in the UK, Reginald’s searingly honest material has garnered him a popular fanbase that spans the generations. In the past twelve months he has appeared in a critically acclaimed tour of the UK and Ireland, a sell-out Edinburgh Festival Fringe season and has performed across Europe.

His appearances on television have included 8 Out Of 10 Cats Does Countdown, Have I Got News for You and the hugely popular three-part BBC2 series Reginald D Hunter’s Songs Of The South which documented Reginald’s epic road trip from North Carolina to New Orleans through 150 years of American popular song.

This is a comedy of rare scope. 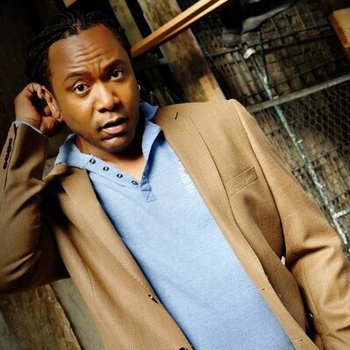