Dracula is one of the most universally iconic novels ever written. A monumental, genre defining classic that is known the world over. Dracula remains the father of all gothic thrillers.

This brand-new stage adaptation of Bram Stoker’s book is brought to opulent and irresistible life in a contemporary interpretation that includes all the definitive characters and spinechilling fear.

Completely re-imagined by a world-class creative team from London’s West End and Broadway, discover the story that started them all. In Transylvania, enter the castle of Count Dracula and his three brides. The Count, who feeds on the elixir of young blood to look youthful, will take you on a deliciously evil ride as he pursues his victims and fights Jonathan Harker, Professor Van Helsing and Dr. Seward as they try to stop his reign of terror.

Bram Stoker’s Dracula was first published in 1897 and has since been made into countless radio, TV and Hollywood films. Inspiring the recent resurgence in vampire mania and the Twilight movie series, Dracula on stage will be a must-see. This is Dracula as you have never seen him – be sure to book now. 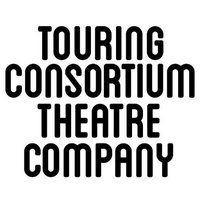