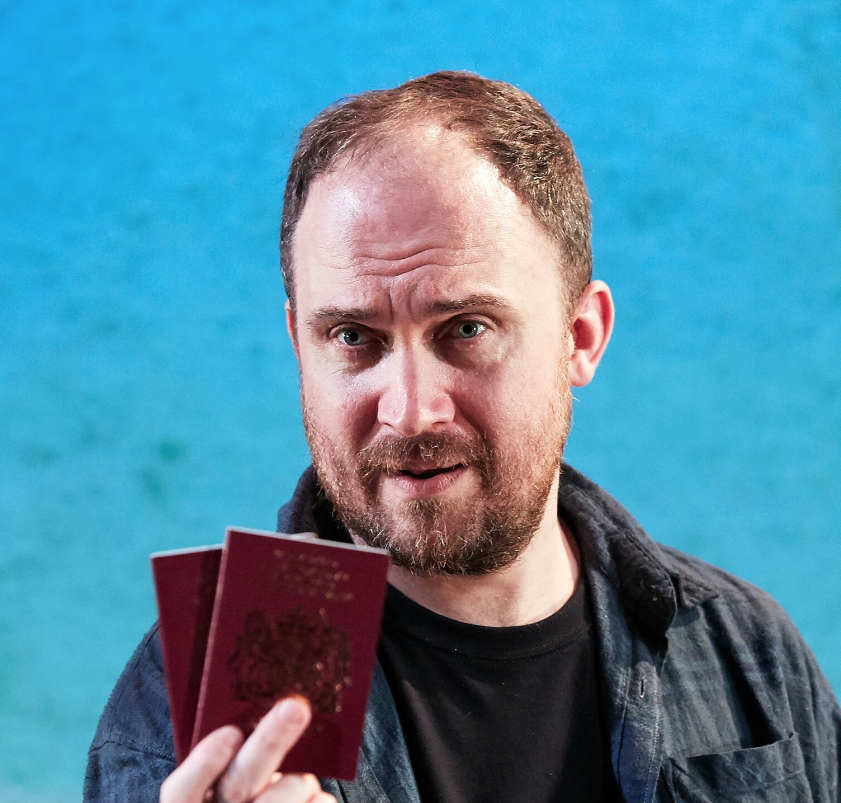 Chris has teamed up with regular collaborator Rachel Chavkin (who just directed Hadestown at the NT) to explore identity, nationality and what it means to be British.

Q: Hi Chris! We’ve very excited about Status. What can you tell us about the inspiration behind this show?

A: It’s one of a series of shows I’ve made with Rachel Chavkin that have come out of some long conversations we've had about the intersection between politics and lived experience. The last few were focused things like cognitive bias, and this time we wanted to move away from the psychology of the individual to a national level and explore the psychology of nationhood.

We started working on it in 2015 when we were talking about how a nation characterises its values – particularly about how we as British people understand our own identity and values. What we thought was particularly interesting was the idea that, if you’re like me, a white left-leaning British liberal, that idea of ‘British values’ is often something you avoid engaging with. That got Rachel and I started on a discussion about how that’s a kind of privilege—if you have the luxury of being able to walk away from those discussions.

If you’re inclined to see borders and nations as impediments or relics, then you may not be compelled to engage with the reality of those things. Because they have a very real impact on our lives. Just saying that nationality is arbitrary and walking away from it doesn’t do anyone any favours. There’s no utility in that other than to yourself. 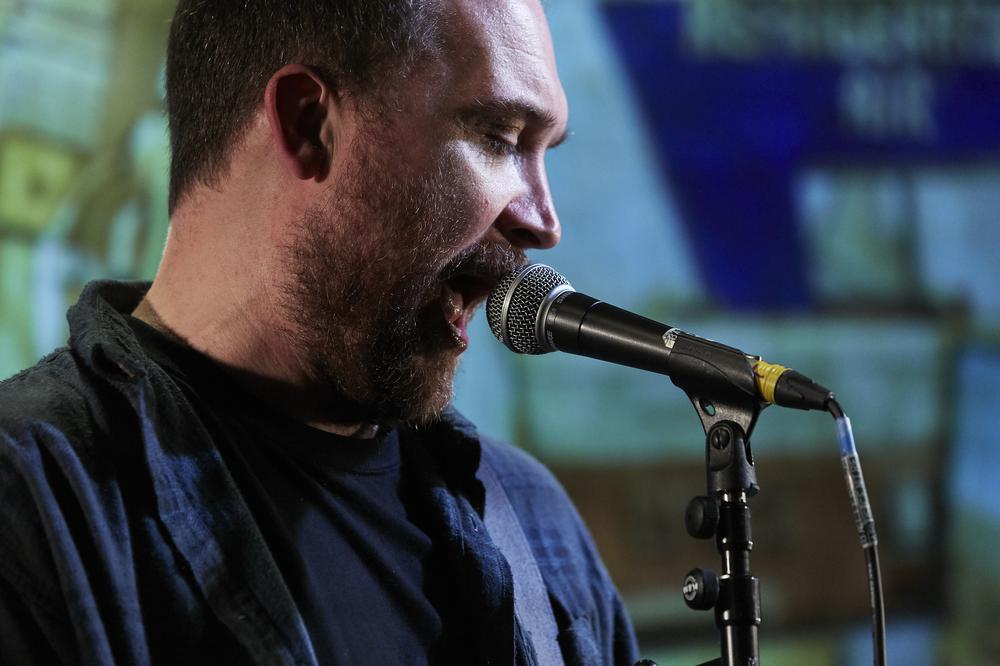 Chris Thorpe in Status. Photo by the Other Richard

Q: There’s a lot of anger directed at that idea of a globalist elite. Is that anger justified?

A: I think people are absolutely right to be critical of people who treat nationality as an optional extra for themselves; who are happy to let it go when it makes them money. There’s a political class that is prepared to manipulate other people’s feelings about their nationality when it allows them to structure the world in a way that makes their exercise of power easier – but who suddenly become very internationalist when it suits them. A class who see nationality as a tool to structure society. So there’s a justifiable anger about that.

But I suppose I’m less interested, with this show, in that powerful political class who manipulate ideas of nationalism and internationalism. I’m more interested in liberals like me, who simply walk away from that discussion.

Q: With Status touring across the UK, how have audiences in different towns and cities responded?

A: That’s a really interesting question. The show lands in different ways in different places. I previewed the show in village halls in Devon and since then I’ve done it in arts centres in and big metropolitan theatres across the country.

What I’ve been really energised by is the similarity in response across those different places. It’s not a show that’s trying to push my personal opinions about what nationality is, how it should be used, or what I think of Brexit. It’s very clearly stated that it’s not a Brexit show. It’s not inspired by Brexit as much as Brexit is a symptom of some of the same things we’re thinking about. Some people come up to me after the show and feel compelled to start by telling me how they voted in the referendum but that’s a jumping off point to talk about the wider issues. They’re not coming up to me to agree or disagree with my point of view on Brexit because my point of view on Brexit isn’t in the show.

It’s about a wider series of conversations that the referendum was only part of. So what’s it’s done is open up the space outside of that polarising issue that’s exercising us all all the time at the moment, to actually have a conversation about how we’re feeling, where we’re from, who gets to be where we’re from, and what it actually means to be from somewhere. There’s something there that everyone wants to engage with or has an opinion on. And if they want to run away from it they still want to talk about why they want to run away from it.

It’s really fertile ground, whether you’re smack bang in the middle of Manchester, Devon or London. These are places that see themselves very very differently so, in that sense, the commonality of response has been really encouraging.

Q: What do you want people to leave the show thinking and feeling?

A: I want people to be able to think from a series of new angles, even if only for a short time, about how constructed that sense of belonging is. Constructed by history, by the invention and manipulation of race, by the current needs of a political class, by the flow of information. Some of it might be made up but that doesn’t make it less real. I want people to think about what it means to be from somewhere. How natural it feels to be from somewhere sometimes and how strange it feels to be from somewhere at other times. And who gets to own that word ‘from’ and how we can make that word inclusive and positive, and that having a sense of belonging does not have to you need to preserve it by keeping some people out.

And if it can do that like I do, by telling a really fucking stupid story with some songs then that’s even better. 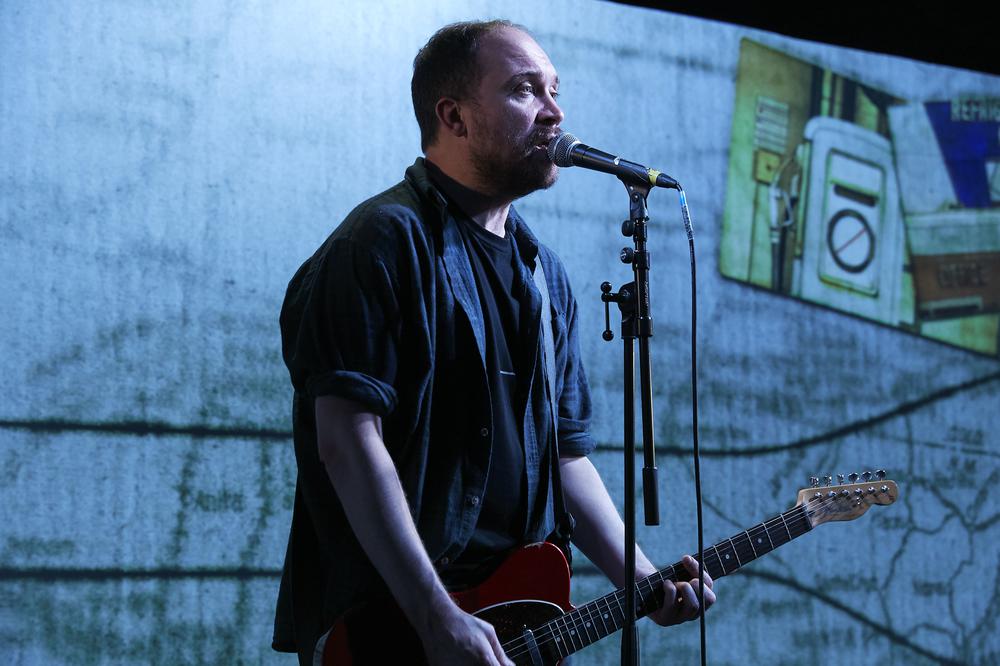 Q: Yes! Your songs – for people who haven’t seen your work before, can you tell us about the role of your music in your shows?

I use it very consciously. First of all, there’s a really amazing soundtrack that’s been created by Tanuja Amarasuriya which is the sound world of the show. Distinct from that there are a bunch of songs written by me and performed by me and a guitar. It’s a nod to my heritage, a white man playing in the corner of a pub, that’s very much the kind of song that the kind of guy like me would write.

Q: I remember reading a glowing review of the show when it was in Edinburgh that said “how can Chris Thorpe make a white middle aged man with a guitar and a show about being British absolutely the opposite of how crap it sounds”. Was that a suitably fun response to that kind of self-awareness you’re going for?

Yeah absolutely. That’s a brilliant response. You know, we’re trained to expect a certain kind of thing from shows who look like me and sound like me. Shows that are worthy and apologetic. With Status, we wanted to set it up to look exactly like that kind of crap show and then do something different and acknowledge the idiocy of that sort of show.

Status runs at Battersea Arts Centre until Sat 11 May. You can find tickets here.