What do you get when the genius of Shakespeare collides with the fevered brains of three Californians? You get the Reduced Shakespeare Company's The Complete Works of William Shakespeare (abridged) by Adam Long, Daniel Singer and Jess Winfield – an irreverent, fast-paced rollercoaster ride through all of the Bard's plays.

The production ran for a record breaking nine years playing to packed houses at The Criterion Theatre in London's glittering West End. When the curtain finally fell in 2005, the three original members – Hendrickson, Long and Torfeh – went on to pursue very different but no less rewarding careers. Hendrickson became a leading light at Nanaimo Community Theatre on Vancouver island; Torfeh took the world of ballroom dancing by storm in Albania; and Long joined the writing team of Fireman Sam.

Now, after thirteen years apart, the three have kindly agreed to reunite for these special gala performances of The Complete Works of William Shakespeare which promise to be an unforgettable spectacle. Audiences are warned that these performances will take place at The Chickenshed theatre on 7 and 14 April, 2019. 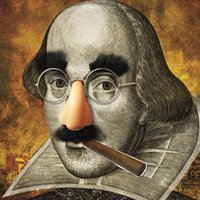