After the bombing of Pearl Harbor during World War II, California-born Takei and his family were placed behind the barbed-wire enclosures of United States’ internment camps along with 120,000 other Japanese Americans. He spent years of his childhood at Camp Rohwer in the swamps of Arkansas and at wind-swept Camp Tule Lake in northern California. At the end of the war, Takei’s family returned to their native Los Angeles. Inspired by this difficult chapter of American history, Takei developed the Broadway musical Allegiance, an epic story of love and heroism in which he starred alongside Tony Award winner Lea Salonga and Telly Leung in its record-breaking world premiere at the Old Globe Theatre in San Diego in 2012. The show won multiple awards and was followed by a Broadway run in 2015-2016.

Now Allegiance gets a new and more intimate production for the UK, conceived specifically for the Off West End space at Charing Cross Theatre, directed and choreographed by Tara Overfield Wilkinson (director, ‘Little Shop of Horrors’ UK tour, associate director/choreographer of ‘Come From Away’ UK). Joining Takei will be his Broadway co-star Telly Leung (Broadway’s ‘Aladdin’ and TV’s ‘Glee’). 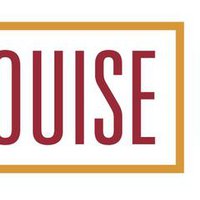 Sing Out, Louise! Productions
followers
‐ ‐
No user reviews
Be the first to review it