Kyle, Liam and Hakeem dream of football, fame and fortune… After spending most of their teenage years being the spine of the team, the Premier League is now at their fingertips.

But as they all reach for that golden contract, the cracks begin to appear as years of institutional racism, and hyper-masculinity begin to take their toll. Will the boys be strong enough to stick together, or will they elbow their way to the top?

The Spine is an explosive new show that shines a spotlight on a system that promises the world but leaves over 99% of young men on the sidelines.

With heavy beats, raw performances and silky football skills The Spine is not only about football but about what it really means to be a man in the 21st-century. 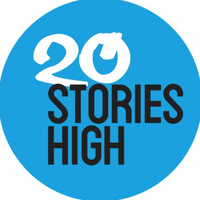