This solo performance (which wishes it was a duet) is the ongoing product of her grief. Using a family photo album Viki recreates moments from her grans life, fitting herself into the images. It is about things that were never said, one sided conversations and failing substitutes. This surprising and amusing performance features dancing grapefruits, The Archers, fake tan, giant cigarettes, balloons and Phil Collins. This is a heartfelt piece for anyone who’s ever lost someone they love.

Viki is an award winning actress who has toured across the U.K. The Gran Show has previously been shown at Camden People’s Theatre, The Wardrobe Theatre, Bristol Old Vic and was developed with support of Bristol Old Vic Ferment and Artist Collective Interval. 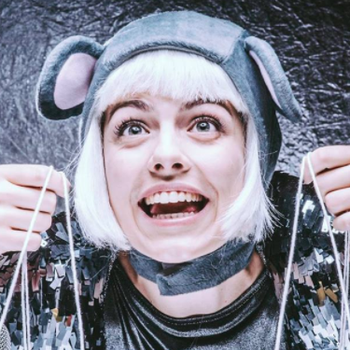