Fear. Paranoia. Vulnerability. Iraqi fugitive Kuhel Khalid invites you to discover a patchwork of his memories from Iraq, in the aftermath of the 9/11 attacks, and how his sense of self was suddenly subverted by a new Western stigma: terrorist.

From the streets of Baghdad to a London Stage, experience a perspective rarely given voice to, through a physical performance dealing with issues of Arab Identity in the World  today.

This controversial, raw play looks to challenge our assumptions about who and what a terrorist is, and how such people are created. It explores the complex relationship between terrorism and government agencies, a constant and chaotic collaboration which has resulted in the death, suffering and displacement of millions of people around the world.

Performed by a multicultural cast of new migrants and refugees, expect this highly visual play to surprise you, shock you, confuse you and leave you with more questions than you had before. 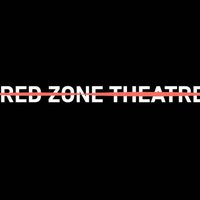