video nasty: (noun) a film, usually specially made for video, that is explicitly horrific, brutal, and pornographic.

In 1984, the Conservative government passed the Video Recordings Act: an attempt to stem the tide of low-budget horror videocassettes. 72 titles were banned or prosecuted, yet the lure of these ‘splatter’ films spawned a cult following with an appetite for grisly gorefests.

Performance Anxiety’s new show is a dizzying dissection of ‘video nasties’, moral panics and censorship. Through a blend of anthology horror and live reconstruction, Obscene, Vicious and Depraved recreate the schlocky chills and thrills of fake-viscera, bad acting and home video. 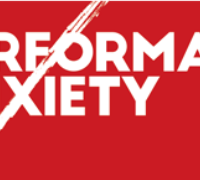