Is politics about to implode disastrously or change gloriously? Luca doesn’t know; she’s an ignorant liberal bigot! To rectify this, she’s throwing a party; a politics party. She’s trying to figure out what’s going on, how we got to this point and where we go from here? She’s not going to pay you £1billion to join in, you’re just invited.

You’re invited to get messy with the mess we’re in. General elections. Brexit. Burning tower blocks. The DUP. Queenie’s bonus. What the fuck is going on? How can we stop our collective memories from being so short? How do we take on the sneaky invisibleness of neo-liberalism? What is neo-liberalism?

No boring waffle; no knowing-it- all; no ulterior motives. Join the party, play in the chaos and catch up with understanding what’s happening around us. None Of The Above is a show about how we do politics, without being stone-faced serious about the serious shit. 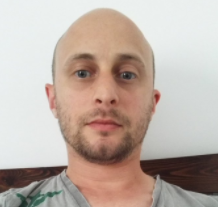