Lyn Gardner
29 November 2018  ·  Follow on Stagedoor
“CPT has got plenty of interest going on at the moment, including this one night showing of an evening of radical new work from under-represented artists and companies. It is curated by the brilliant Barrel Organ and if that doesn’t tickle your fancy, then look out later in December for more-Xmas works in progress from Will Dickie (The Rave Space) and Josh Coates and Ali Pidsley (Steve) and Sh!t Theatre’s Sing-a-Long-a-Muppets Christmas Carol which is back by popular demand.”

A scratch night curated by Barrel Organ; presenting experimental and non-traditional work from under-represented artists that specifically acknowledges the presence of the audience and plays with the ‘liveness’ of theatre.

Expect a night of bold, experimental and uncompromising work that tackles a wide range of issues, agendas and ideas.

Shakera Bibi & Nihaarika Negi: Some Asian Country
Satirical concept that seeks to open a rigorous dialogue about the intersection of art, race and popular culture and the unfathomable effect that has on identity as seen through the eyes of the “Panda diaspora”.

Dan de la Motte: From The Message Boards
An interactive take on Daily Mail message boards and what it means to be normal.

Sahera Khan: Am I Dulhan (Bride) Yet?
A Muslim woman who is seeking for marriage and wants to propose to a Muslim man, however to her surprise a Muslim man proposes to her first but does she accept or not?

Is_Land Theatre Company ID: Infinite Descent
A multimedia and verbatim performance exploring how identities form, framed by the intricate geopolitical situation of Taiwan and Hong Kong; regions shaped by post-colonialism and a complex relationship with China.

Rebecca Brewer and Daisy Chute: COVEN
A live theatre concert retelling of the story of the Pendle Witch Trials.

This production may contain nudity and strong language. 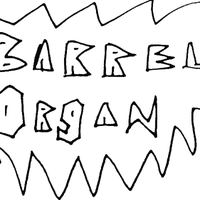