Life is No Laughing Matter is a performance about mental illness, suicide and radical cure attempts.

Demi was told to eat a banana a day and think happy thoughts. Inevitably she got worse. So she bought Yoko the dog to save her. In a generous and painfully honest performance, Demi talks of causes, cures, and what happens when you eat 56 bananas. Expect shit metaphors, co-dependency, holy water and the one and only Yoko Ono.

Underneath the charm and the silliness, there is rage and resilience

Frank and direct autobiographical show about depression and suicide 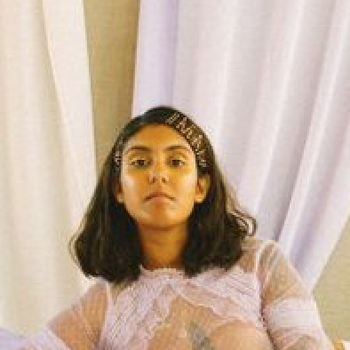