In the week prior to the demolition of the infamous Calais Jungle, Lydia Hirst was taken from the camps main checkpoint by CRS Officers and detained in an excrement smeared police cell under the charge of carrying a war weapon into a conflict zone. 24 hours later she was released (the charges dropped) but she must leave France. It was one of the worst hangovers of her life.

Hirst guides you through the people she met in the months prior to her arrest; from living in anarchist squats and working in the black-market restaurants of the camp, to witnessing the armed raids and tear gas attacks of the CRS and of course, how she came to have that ‘war weapon.’ But most importantly I’ll Be Your Dog explores the humanity, dark humour and friendships forged deep in the heart of ‘the Jungle’.

Fusing a dark witted misadventure story with sublimely ridiculous cabaret. Inspired by the people she met but aimed at a British audience I’ll Be Your Dog doesn’t demand you change your politics only question; who controls the narrative? 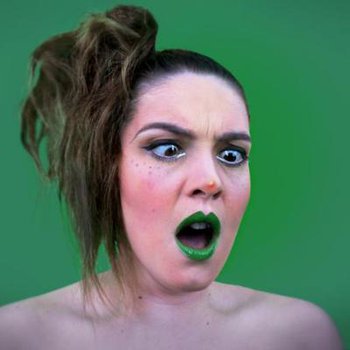