When Jo was 17, they experienced an episode of severe mental illness, during which they shaved their head. They wanted to be visibly queer, masculine and tough as hell. A week after Jo did this, Britney Spears did the same thing. Instead of a punk act of defiance, their shaved head was suddenly connected to dumb, blonde, girly Britney, and Jo was furious. Ten years and at least two genders later, they revisit that time and consider what it means to be not-a-woman without being an angry misogynist terrified of their own softness.

If Britney Could Get Through 2007 We Can Get Through This is a loud and messy riot grrrl Britney tribute act and a love letter to that stubborn teenage queerdo, performed with a three-piece, all non-binary punk band and featuring inexpertly-but-enthusiastically performed dance routines. Letting both the 17- and 27-year-old Jo’s live out their dreams (being in a punk band and performing in that red Ooops I Did It Again outfit, respectively) they will re-enact their desperate shedding of hair and femininity to see if Jo, Jo and Britney can arrive at something more tender. 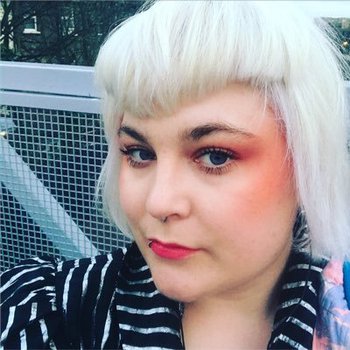