Self-identifying ‘Incels’ (involuntary celibates), an online subculture mostly consisting of white, male heterosexuals, have been responsible for at least four mass murders in North America. Often taking refuge in online chat rooms, incels experience a cycle of loneliness, self-loathing and rage which can be impossible to escape, but which begins in something everyone experiences: anxiety over sex and virginity.

Attila Theatre and Grafted Cede investigate the incel phenomenon, its origins and lore, exploring why these men feel entitled to sex and endorse violence towards sexually active people. They love women and want to have sex with them so much – but can’t – that they hate women and want to kill them. There’s a lot to unpick here.

Whether you’re a Chad, a Stacy or a ‘nice guy’™ who has black pilled himself so far into his fedora that you cannot see a way out, I, Incel offers an insight into this part of the manosphere which shouldn’t be ignored. 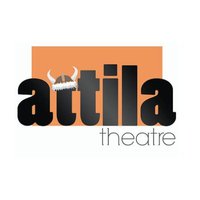