Lyn Gardner
6 June 2019  ·  Follow on Stagedoor
“I once had the terrible misfortune to see a show called Menopause the Musical, which I described as ‘supplying less of a rosy glow than a long cold douche of the soul’. After that I vowed to stay away from anything theatrical featuring hot flushes. But I would be prepared to make an exception for this new show from a company called Documental Theatre which is a part of CPT’s Calm Down Dear Festival of feminist theatre. I have seen Documental’s work before and liked it so would be prepared to take a punt on this Country and Western musical about the BHS pension crisis featuring two menopausal heroines.”

It’s 2016. Lady Green is on her £100m Super Yacht, Sir Phil Green is taking questions from the Select Committee, and Annie, who has worked thirty years for BHS, is reeling from the loss of her pension. Croydon branch is closing but there’s no closure for Annie, not even in the stoic lyrics of her favourite Country songs. That’s until a chance encounter in the ladies’ fitting rooms with Patsy, a member of the National Rifle Association. It seems Annie has a lot to learn from the women of the Round Rock chapter of the Well-Armed Woman…

Hot Flushes is a Country and Western musical which tackles the pension crisis 1950’s born women head on. It’s a show about later life activism. With a rousing score that’s catchier than Ebola, quick-fire one-liners and two hard-to-forget homicidal, menopausal heroines, Hot Flushes is probably the only show you’ll see this year that puts hutzpah and foot spa in the same lyric.

Performed by three actor/musicians, the script is a selected play for Bristol old Vic Open Session 2019 and is produced by award-winning company Documental theatre, who are excited to return to CPT with their first formal musical! 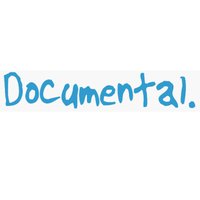