A show about the devoted, the disgruntled, the precarious and the 3 in 1 avocado tool.
It’s about fuck-all wages and fake news and motivational cack which instructs you to seize happiness.
A show about choking on the contradictions of a slippery system that leaves the taste of guilt on your tongue.
It’s about feeling disempowered to take action yet empowered to eat a snack.
When your craving for change is about to explode but your ability to change has been broken.
About being told you’ll either become a mum of four and bake cakes or become a terrorist?
It’s about the Morrisons delivery driver who broke down in despair and promising him you’ll write a letter of complaint… but you watch First Dates instead…
It’s a show about political clowns and Jaffa cakes and all things in between.
A show about guilt and hopelessness and being wrapped in these red walled cities.

Age Recommendation: 18+
The performance contains references to themes of alienation, disempowerment and depression, as well as including swearing and some nudity. 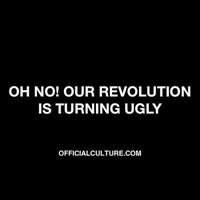