Devised through workshops run by Single Homeless Project in collaboration with theatre-maker Mo’min Swaitat, with support from Shubbak Festival, Fragments draws on music and movement rooted in participants’ home cultures, as well as impressions of London and the chaotic beginnings of resettlement. The show focuses on the journey from dystopia to the unknown, depicting the shattering and reintegration of cultures, memories, time and space, as experienced through the body in motion.

Mo’min Swaitat is a Palestinian actor, writer and director who has trained at the Freedom Theatre, Jenin and LISPA, in London and Berlin. He has collaborated with acclaimed directors such as Thomas Ostermeier (Schaubühne Theatre) and Rufus Norris (The National Theatre), as well as writing and directing several solo and ensemble pieces in Palestine and abroad. 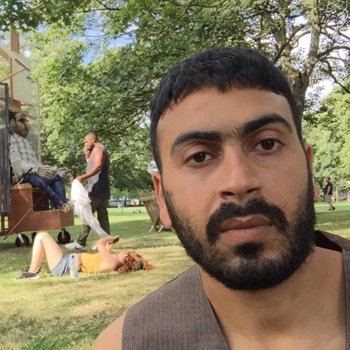