In 2017, London breached its annual limit on air pollution after only five days. The UK government is being taken to court – for a third time – for its failure to comply with clean air standards. And meanwhile, new research reveals the drastic effects – particularly on children, their lungs and their mental health – of the city’s dirty air.

In the heart of a city famous for – and proud of – its fog, CPT launches a major new in-house production: a collaboration with young Londoners and the Lung Biology Group at King’s College to explore air pollution, its consequences – and what we might do about it. Is being poisoned the price we pay to live in the Big Smoke? What do Dr. Jekyll and Mr. Hyde have to do with it? And if you’re good at breathing, are you good at life?

Fog Everywhere is a new in-house production for CPT, directed by our artistic director Brian Logan. It is made in partnership with Westminster Kingsway College, produced by CPT and Alison Hargreaves, and lighting design is by Lucy Adams.

The ace in the hole here is the cast, capable of giving a rawness and vibrant realism to these issues. They allow the text to be didactic without ever feeling preachy, using humour and speedy shifts in tone to push the discourse along 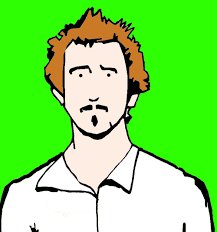