Oop-La! Theatre Company is a crew of queens and clowns, trying to bring a little fun to this dark and ugly world! Encore, Encore! combines the rich performance traditions of drag and clowning into an irresistibly fun (and surprisingly touching) mashup of glamour, laughter, and mayhem.

A joke-filled jaunt told through lip-synch and satire. Encore, Encore! devises from film, music, television, and pop music: helplessly hip and hopelessly over the top, Encore, Encore! is a re-imagining of popular stories through the words and worlds of recent decades past.

Riddled with glitter, gags, and Celine Dion power ballads, Encore, Encore! is a celebration of identities- a show for anyone seeking to find themselves through losing it a little. 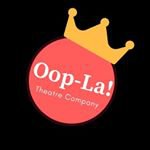 Oop-La!
followers
‐ ‐
No user reviews
Be the first to review it