Each group determines how their nation grows. Starting by decorating an empty stage with cave paintings, eventually, we’ll build forts out of cardboard boxes, cities of metal and string, even design our own battle robots.

As we build, we’ll create our own native myths and legends, compete with each other over resources, and vote on our nation’s rules. What do we value? Who gets to rule?

Oh, and one last thing. Only one nation gets to survive.

The line can be redrawn. And in the end, only the biggest nation gets to live on. The smallest nation will be destroyed. How far will each group go to succeed? Will the winning nation defend the line they’ve drawn? Who will they let in, and who has to leave? Where do we draw the line?

A work-in-progress experience designed for anyone. All interaction is voluntary, and any contribution will be celebrated.

Produced with support from the Oxford Playhouse, and the National Lottery via Arts Council England. 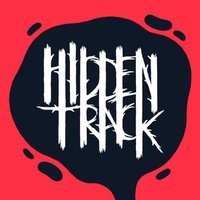