This is the story of The Socialist Republic of Desmond, the greatest imaginary micro-nation in the world.

In 2015 Callum had just graduated from Lancaster University, living in a small damp flat and working at a Spoons. In December it rained for three days, the River Lune burst its banks, a power station flooded and there was a blackout that lasted 72 hours.

On the second night, Callum met with friends and, in the darkness, they made a pot of stew over a gas camping stove.

A story about togetherness, power and imagined utopias, Desmond’s Republic examines how a crisis brings people together as performer Callum Berridge and the audience make a pot of stew to share together in the darkness. 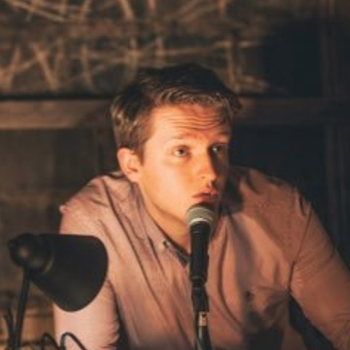