The Poetry4Grenfell project manifested as an immediate response to help artistically deal with the emotional aftermath of the Grenfell fire in Jun 2017.

Since the fire, Kamitan Arts has been offering Rap-Poetry workshops to those affected, to help them address their emotions and begin to heal.

Guest artists on the night include

The Hyde Park Rollerskate Groovers will be pre-show at the Bush Theatre on the Terrace from 7pm.

You can help publish their book in time for the One Year On show, by donating to Poetry4Grenfell. Any amount will help them give copies to Grenfell survivors and offer free projects in the community. 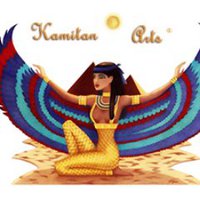