Lyn Gardner
19 October 2021  ·  Follow on Stagedoor
“Emerging writers are having a tough time currently: their plays often caught in a traffic jam of more established work programmed prior to the pandemic. So, all power to the Papatango New Writing Prize which is championing new writers, giving them visibility and making their voices heard. Later this month three audio plays—Tom Powell’s The Silence and the Noise, Nkenna Akunna’s Some of Us Exist in the Future and Tajinder Singh Hayer’s Ghost Stories from an Old Country—set out from the Bush on a cross country digital tour that is free to access. Meanwhile the Bush hosts Igor Memic’s Papoatango-winning play, Old Bridge, set in Mostar in Yugoslavia 1988 where two young people fall in love. But is it possible for them to make a future together in a city where the divisions are growing and war is coming?”

‘One day all you care about is music, fashion, and boys. The next day there’s no food. Piece by piece your world starts to change so you change with it.’

Mostar, Yugoslavia, 1988. Mili, a boy from out of town, dives from the famous Old Bridge. Mina, a local girl, watches. As he falls, she begins falling for him.

Mostar, Bosnia, 1992. In a town of growing divisions, Mina and Mili never doubt that their future lies together. But nor can they imagine the dangers that future will bring.

This love story is a bold, fresh and contemporary take on real events. An epic story exploring the impact of a war that Europe forgot and the love and loss of those who lived through it.

A striking debut about love, growing up and war

Captures a sense of slow-moving disaster 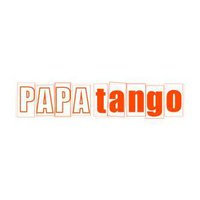