Recently single, the world uninspiring, a dead-end job and a weak relationship with his father, he relies on the moments of solace with his best friend. One day his best friend takes his own life. Alquist wonders how men text friends to say that they’re lonely or where men go to grieve.

In The Shadow of the Black Dog is innately human in response to loss. It isn’t hiding
anything, refreshingly baring all the strife in coping, not only with death but the
sickening realisation that you may recognise these feelings in yourself. It is an
intimate, challenging piece that is not afraid to ask questions that are often quick
to be avoided. It’s an entertaining and moving monologue.

‘In the Shadow of the Black Dog' aims to shed light on the effect of social change on
men’s mental health that we neglect to discuss in our day-to-day lives. The play
gives voice to real-life stories of men, transcending through comedy the issue of
the crisis in masculinity, raising audience awareness of men’s mental health issues.
The play extends an open door for others struggling to understand and adjust to
social changes whilst acknowledging men’s experiences and feelings, encouraging
the audience not to hide behind a dated, destructive legacy of masculinity. 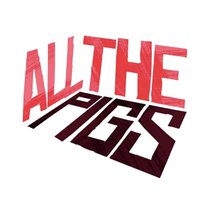