'WHERE THE RIVER MEETS THE SEA' in a new English translation by Althyr Pivatto has its UK debut at the Bridewell Theatre London on 31 August, with a week long run ending on 4th September 2021.

Set on the footpath underneath a bridge: cars passing fast above and the slow tempo of the river below, like the minds of these two characters; Apollonio, a mysterious homeless man, and Marcelo, a disturbed young man decided to commit suicide. Marcelo, who tries to find redemption for his mistakes, encounters Apollonio, who has the karma of having seen too much and having done nothing. This collision of life choices and experiences calls into question the deeply-rooted human belief that we must suffer for our mistakes versus the idea of forgiveness and self-forgiveness. It is about interrupting the cycle of suffering. It’s inevitable that a human who suffers has an inbuilt need to see another human suffer to balance the scales. The clash of these two worlds and visions could easily have been missed by the usual city dweller who ignores the homeless and goes on with their own problems. But here, where the river meets the sea time slows almost to a standstill and the two characters talk heart to heart, in search of a meaning in life. 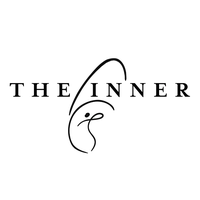