It is a play where words often mask rather than reveal the truth - Beatrice and Benedick constantly feign indifference to each other while revelling in their brilliant verbal sparring; Don John convinces those he envies that they have witnessed infidelity; Hero is declared dead but lives for a second wedding and Dogberry pompously uses words in a way that confuses and misleads everyone who hears them.

Rumour, gossip and eavesdropping abound - sometimes characters overhear the truth as when the simple men of the Watch uncover the plot to dishonour Hero, but more often they are deceived - Antonio believes that Don Pedro intends to woo Hero for himself, Beatrice and Benedick are duped into confessing their love for each other and Claudio is tricked into rejecting Hero at the altar in the erroneous belief that she has been unfaithful.

Fortunately, misunderstandings are eventually resolved and the play ends with a joyous celebration of love and marriage, with just the odd loose end to add a little interest. 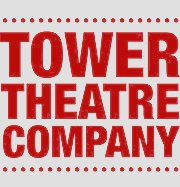