Emerging character-chameleon Alice Wolff-Whitehouse presents her debut one-woman-show 'SWINE OF THE TIMES' - based on the anxieties around 21st century liberalism. She looks at the grotesque nature of privilege in the UK through a warped and colourful lens.

An investigator into quirks Alice employs her skills in physical comedy, dance and song to bring to life a series of flawed and quintessentially British characters. Nurturing a psycho-physical approach to performance, Alice explores how voice, physicality, imagination and impulse work together to create embodied character.

The piece is made up of a series of short vignettes, each with a new character and another perspective. From Lileth the pious devotee to songstress Vlogger Gigi, Hipster-buffoon Caz, a seasoned Politician with his new wide-eyed Whip and a colony of butteries stage a mighty revolution.

With a BA from East 15 Acting School Alice co-founded all-female devising company CapaTaro Theatre back in 2015, and now, with an MA from Rose Bruford College, she has founded new character-comedy company Mighty Mammal Theatre.

Join this mighty mammal for a piggle giggle, maybe you'll find your own inner swine in this kaleidoscopic play of mine! 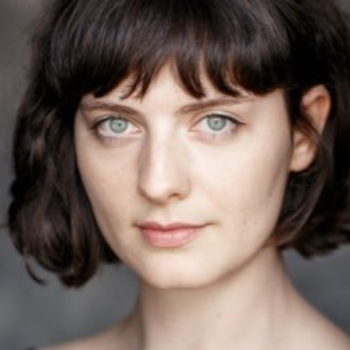