Tired of being ignored, attention-seeking Grief takes it upon herself to be seen.

Funny Bird Productions is made up of actor/writers Lucy Alwin and Sarah Tattersall. We tell funny, real, female stories in a more extreme, silly way, using a free improvisation approach to ensure that the show is a little different every time you see it.

Sarah Tattersall is an actor/writer who trained at ALRA. Her previous solo shows, 'Sally's Alright' and 'Angry Young Thing', have had three sellout London runs since 2016. She is also a regular on the London comedy circuit, and her show 'Girls With Jokes' playing next at The King's Head Theatre in July and Camden Comedy Club in August.

Lucy Alwin trained at RAW Academy before completing an MA in Acting at ALRA. After touring 'Me and My', Lucy is straight into rehearsals for her debut one-woman show, 'Stuffed', previewing in 2019.

Some bad language, adult themes, no nudity but a costume change 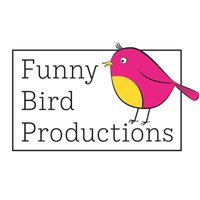