They're underpaid, overworked and by god, if they have to start a lame-ass sharing group that pass around a hot cross bun to get their say, they will.
Like any organised activity in Britain, there are tears, an accidental murder and a lot of guilt about global warming (and maybe also the murder…only joking, who cares!?....nah but we do.....HAHA NO WE DON'T....no but seriously, we're not psychopaths....or are we?....no.)

Winners of the New Diorama First Devised Show award, and the East 15 graduate award for their comedy play Leaf, Potter & Wagner have returned to London with new show bitter, shortlisted for the LET award 2018.

‘Bitter’ is a gut-punching, mind-numbingly awkward comedy. Fuelled by feminism, seasoned with honest, ugly characters, and accompanied by an orgasmically delicious live soundtrack, 'bitter' takes the stale misery right out of your mouth, and crushes it. 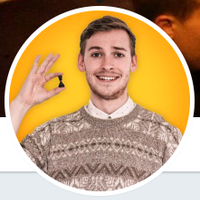