Matt Parker is a stand-up comedian and mathematician. He appears regularly on TV and online: as well as being a presenter on the Discovery Channel his YouTube videos have been viewed over 85 million times.

-In 1983 a Canadian flight crew used pounds instead of kilograms and a plane took off with about half the fuel it needed, running out mid-flight.

-In 2012 someone at JPMorgan Chase accidentally added two cells in a spreadsheet instead of taking their average and lost the company $2 billion USD.

-The The European Spreadsheet Risks Interest Group estimates that 24% of all
spreadsheets used in business contain a maths error.

-19.6% of genetic research crunched in Excel contains errors where a gene name has been accidentally auto-corrected into a date.

In 2018 Matt calculated the number pi live on-stage in front of a sold-out Royal Albert Hall using a real pie. He is also the first person to use an overhead projector at the Hammersmith Apollo since Pink Floyd.

Please note, this performance will be filmed for DVD sales. If you prefer not to be filmed, please choose seats in the rear Stalls. 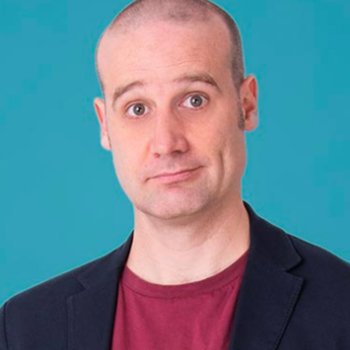