Reviews: We’ve Got Each Other, Jade City & The Good Landlord

We've Got Each Other

“Piece out our imperfections with your thoughts,” says the Chorus at the start of Henry V, adding, “Think when we talk of horses, that you see them/ Printing their proud hoofs i' the receiving earth.

It is one of theatre’s great calls to the imagination, a reminder that theatre doesn’t exist without the collaboration of the audience. Paul O’Donnell plays on that to rather brilliant comic effect in We’ve Got Each Other, an entirely imagined jukebox musical based on the back catalogue of Bon Jovi. It even comes with imaginary reviews—“it’s 2019’s Hamilton”—which rather makes this one redundant.

O’Donnell, who styles himself “a triple threat” spends most of the evening sitting in a chair and talking us through the musical that has failed to materialise because he under-estimated the costs of a 35 strong cast, a seven-piece band and a chorus of angels. Nonetheless by the end you feel pretty convinced that you have witnessed the confetti canons, the jazz hands and the full-size ship as waitress Gina and docker Tommy play out their tragic love affair. 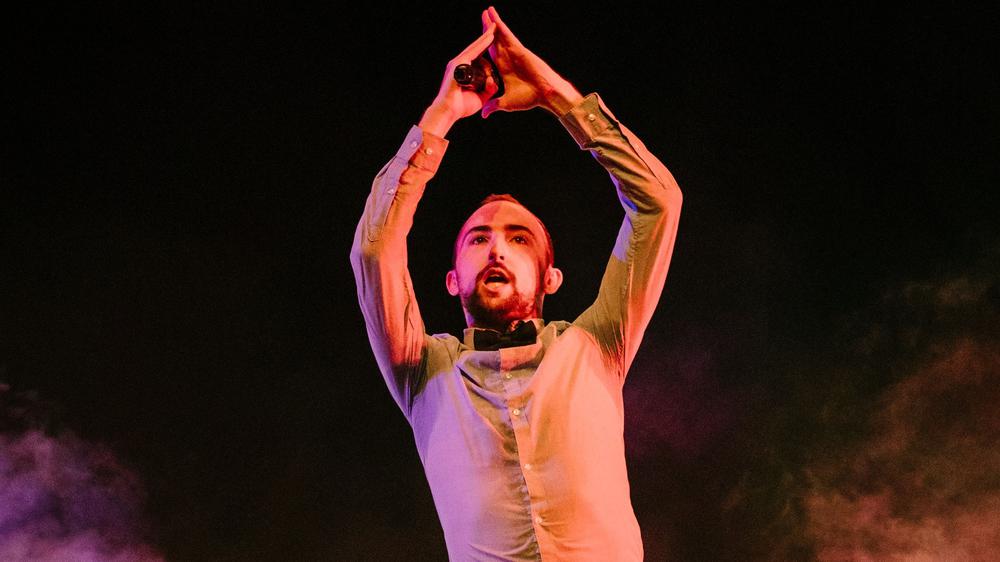 Paul O’Donnell in We’ve Got Each Other.

As is so often the case in the theatre, it is the interval—played out in the dark—that is the best bit. Also, the most expensive, with all those imaginary £8 glasses of wine and £4.50 ice-creams. O’Donnell is an enormously likeable dead-pan presence. This ode to failure is funny but something sadder runs beneath it. The interval plays out like an existential crisis. At its bruised heart, it asks: why must the show always go on?

I must confess that it took me at least 15 minutes to get on board with Jade City but then I took to it rather fiercely. Alice Malseed’s two-hander comes dense and sticky with language, East Belfast place names and Northern Irish accents and flips in time. The acoustics of the space work against it. The audience has to concentrate hard. Very hard.

But gradually the ear adjusts and there is something undeniably powerful in this story of two men bound together by a shared childhood and the imaginary games they used to play, their complete lack of a future and a terrible secret—previously unacknowledged and unshared—which binds them together and drives them apart. 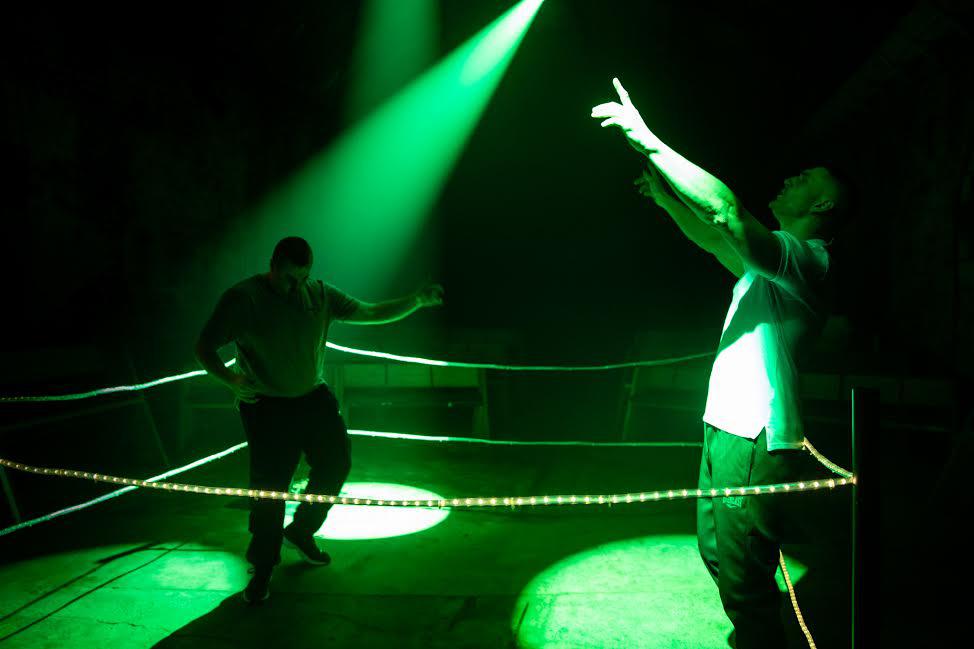 Barry Calvert and Brendan Quinn are both terrific, like two belligerent fighters unknowingly revealing their vulnerable spot, as they dance around Timothy Kelly’s simple boxing ring design which is a kind of trap. At its best Malseed’s writing is light on its feet too. What the set-up lacks is an initial way in for the audience, and a lack of clarity with the temporal shifts. But stay with it, because it rewards. It may even make you weep for the lost boys who grew up stunted by their need to prove that they are men.

In our surveillance driven world, the idea of The Good Landlord is a potentially interesting one. Ed (Rupert Sadler) can’t believe his luck when he and flat-mate Tom (Maximillian Davey) are offered a central London flat for just £800 a month. The catch is that the apparently security-conscious landlord has cameras installed everywhere. Big Brother, or maybe it is Big Sister, will be watching. Even in the bathroom and bedroom. Tom finds it creepy, Ed just thinks it’s the price you pay. 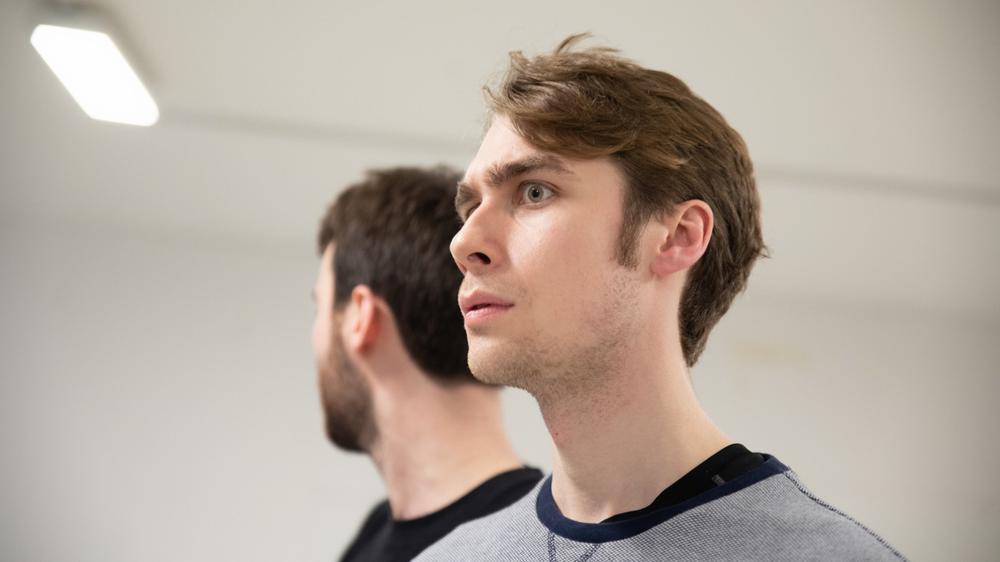 Maximillian Davey in The Good Landlord.

Unfortunately, the play never really finds a consistent tone. It’s hard to believe that Tom and Ed would ever be friends, and the possible motivations of Clarissa (Phoebe Batteson-Brown) go under-explored until the final moments. It feels as if the original impetus has been sacrificed to comedy which has led to caricature. But the interesting thing alighted on here is why we are so easily persuaded to give up our privacy—and how the more we share the lonelier we feel.