Reviews: The Darklings, Nikolaos the Wonderworker & Yours Sincerely

To be honest I'm not a great one for horror. The last horror film I saw was the Shining and that finished me off. Comedy? I last had a really good laugh in about 2002. OK, I exaggerate a tad about the laughing but none the less comedy horror really shouldn't be my thing. But I really enjoyed The Darklings, Nic Lamont's slight, almost sketch-like but ridiculously funny account of a pair of siblings (played by Lamont and Adam Rhys-Davies) living with their mother (Rosy Fordham) in a Brixton house and awaiting the arrival of the Dark Lord who they worship.

When there is a knock on the door and an intruder (Joseph Cullen) makes an appearance, we are in for an hour that combines Joe Orton-style mistaken identity and a Harold Pinter comedy with menaces. With added 'decompositional meditation', and possibly something very nasty in the basement. Or maybe the real nastiness is in the mind? 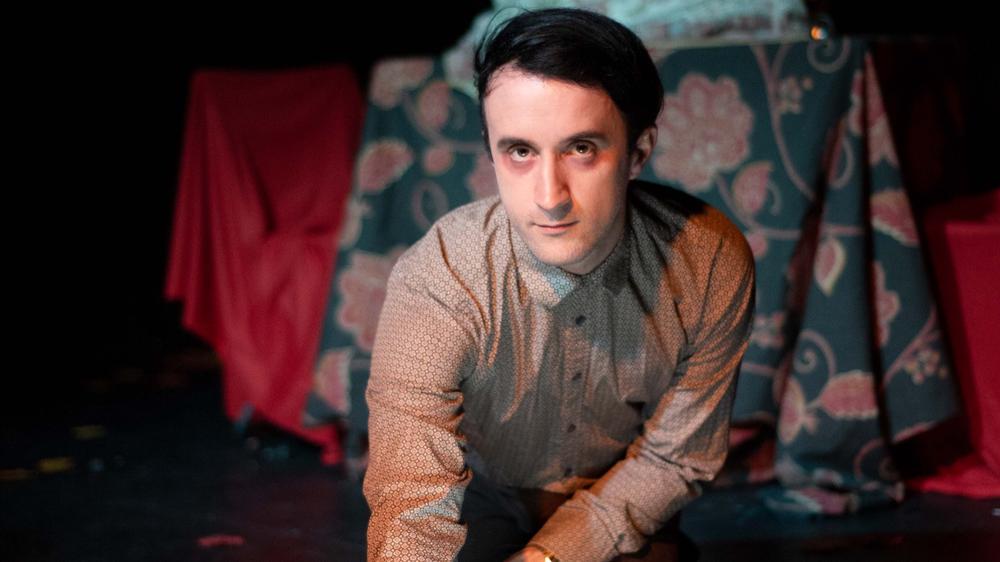 Adam Rhys-Davies in The Darklings

This is designed to be a bit of fun, and like a lot of the Vault's post-9pm theatre offers it is intended to be enjoyed with a drink in hand. It is not trying to be great art, and it pokes fun at contemporary theatre wankiness. But it is also a show about the dangers of delusion and manipulation. The dark side it reveals has less to do with Satan and hocus pocus and more with the bully who lurks beneath the skin just waiting to get out.

What we believe in and our wiliness to be manipulated is also the subject of David Aula's Nikolaos the Wonderworker which combines myth, Santa Claus, soft drink marketing and magic tricks. In what is a semi-staged rehearsed reading, Juliet Stevenson (yep, that one) plays Jo, a marketing executive of a soft drinks manufacturer trying to come up with a campaign to wrest back sales from Coca-Cola. When she meets a man called Nikolaos, a vending machine engineer, he shows her how to put the magic into sales. 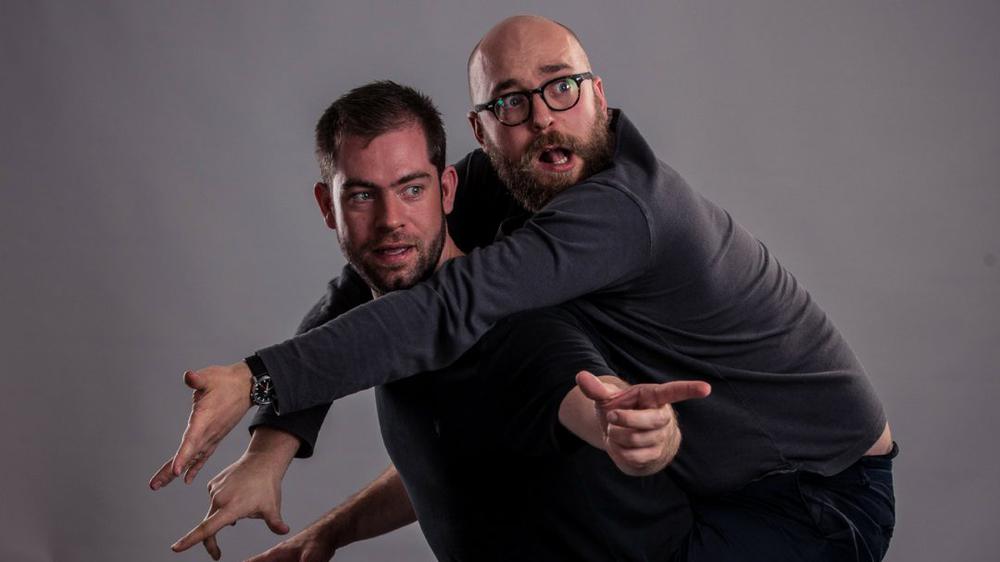 David Aula and Simon Evans in The Vanishing Man in 2016

Together with Simon Evans, Aula created one of my all-time favourite Vault shows, The Vanishing Man, a real piece of theatrical sleight of mind. This is still a long way off that but there are some interesting things about the way we buy into myths—and the best bit of the evening is a full-scale demonstration of mass deception and manipulation involving magic tricks.

Will Jackson's Yours Sincerely is like a theatrical version of Willy Donaldson's Henry Root letters. But less funny. A couple of years ago Jackson accidently stole 300 second class stamps and decided to put them to good use by reviving the lost art of letter writing. Some letters are to his ex-flat-mate, some he uses to contact the boy he fancied at school, and some are to firms like Cadbury's and John Lewis, in which Jackson impersonates a nine-year-old boy. 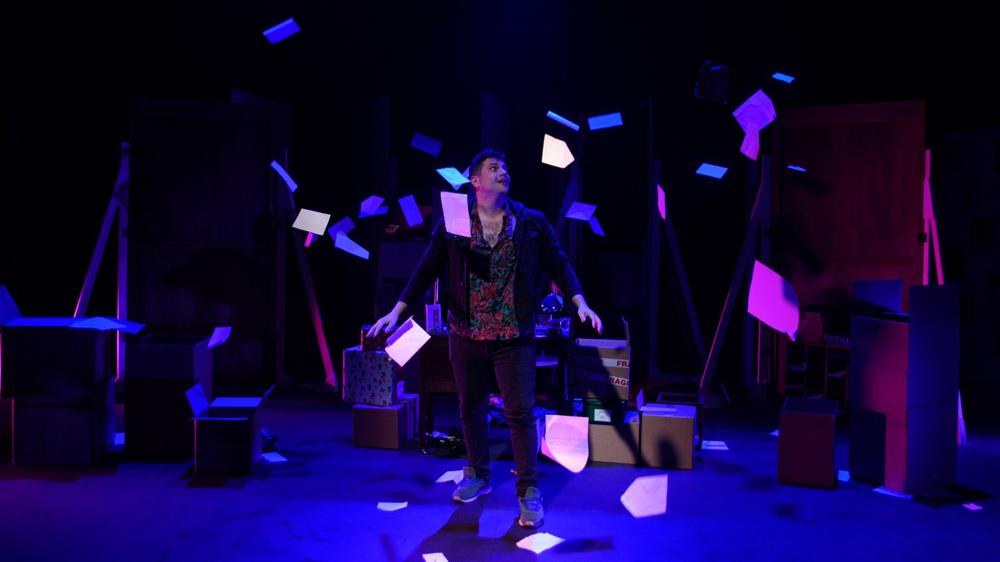 Will Jackson in Yours Sincerely

Jackson succeeds in making the reading out of correspondence unexpectedly theatrical. But the show, which sometimes feels as if Jackson has come up with a construct for a theatre piece rather than a true story, feels sincerer and more invested when it details the passive-aggressive post-its that he and his new flat-mate exchange with each other. This is a show about loneliness, and it's most engaging when it escapes the confines of the envelope.

The Darklings and Nikolaos the Wonderworker both finish this evening (2 Feb). Yours Sincerely plays until Sun 3 Feb