Jon Ronson’s book So, You’ve Been Publicly Shamed has inspired Molly Taylor’s Cacophony, produced by the Almeida Young Company, and which is at the Yard Theatre until Saturday. I suspect it has also been an influence on Unlikely Production’s The Apologists in which three different women—all played by the magnificent Gabrielle Scawthorn—consider the art of the apology.

Are women treated in a different way when they are in public life and make a mistake? Does a woman have to separate their public and private personas? Those are the questions at the heart of the first monologue, Iskander Sharazuddin’s very neatly crafted Excuses, in which the NHS’s first female chief executive is practising her apology—through gritted teeth—after an incident at Homerton Hospital A&E. One of the strengths of Sharazuddin’s smart script and Scawthorn’s performance is that there is no attempt to make this woman likeable or excuse her sin, but what it does highlight is the way we expect women in top jobs to behave more like men and less like mothers. 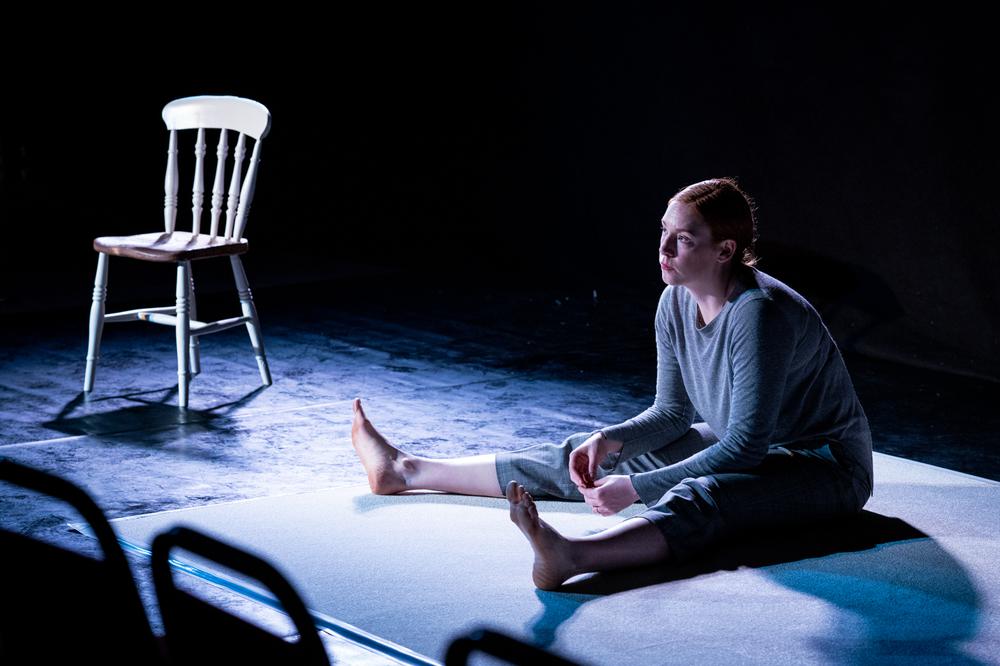 Gabrielle Scawthorn in The Apologists. Photo by Steve Gregson.

In Cordelia O’Neill’s Seven, the Sweetest Hour, a journalist with a million Instagram followers checks into a B&B and checks out with a little bit more self-knowledge after her scathing review has catastrophic consequences. Scawthorn captures the brittle, self-protective and self-hating sarcasm of a deeply lonely women who fails to recognize the kindness of a stranger. This could be trite, but O’Neill is good on the disappointments of life, the paths not taken, the settling for an easy career or a quick fuck rather than creating real meaning, real relationships.

Knottier still is the third and final monologue in The Apologists, Lucinda Burnett’s New Universe. Set in an NGO which has been hit by allegations of abuse in the field. Sienna, the NGO’s safe-guarding officer, has first-hand experience of how such abuse happens. But does her male CEO? And what happens when an institution—whether it is an NGO, the church or even a theatre—puts its own interests above those of its workers or those it is supposed to help? 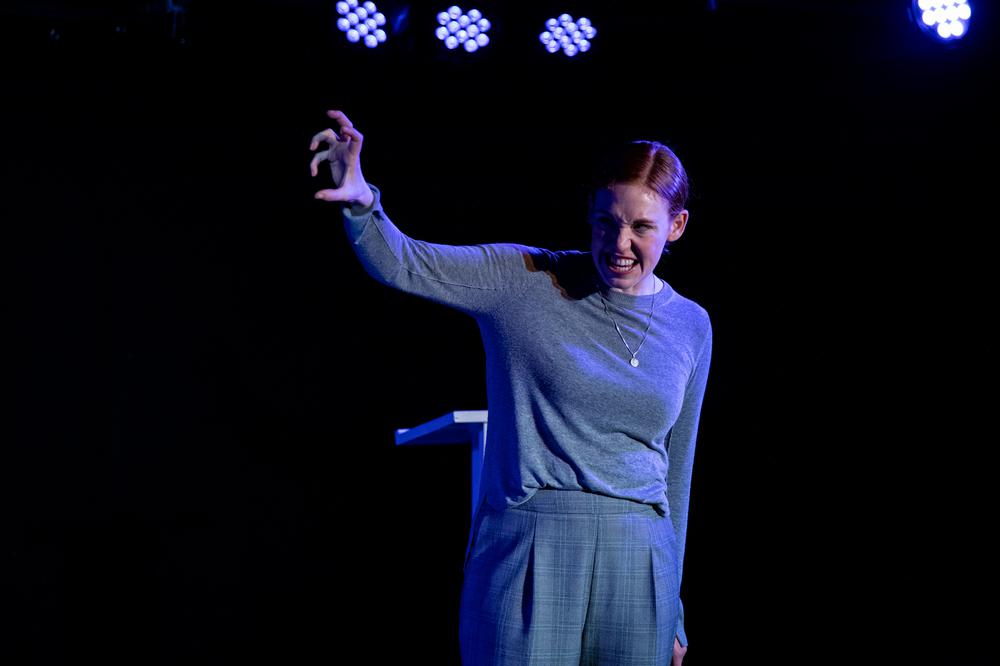 The bite-sized plays in The Apologists may have been penned by three different writers, but they ping off of each other very interestingly to make a satisfying three act whole in Jane Moriarty’s simple but effective production.

The other performance I caught last night was another one woman show. In Orlando, Lucy Roslyn uses Virginia Woolf’s 1928 time-travelling, shape shifting novel of the same name to tell a story which explores the multiple sexual and social identities of a modern woman. This feels like a very personal show, sticky with real emotion, dense with hidden meanings.

Woolf’s novel was a love letter to her married lover, Vita Sackville West, who lived at Knowle Castle (which has a room for every day of the year). In Roslyn’s version of the story she tells of an unrequited love for a married woman. Is a person like a castle, full of many rooms that often go unexplored throughout a life-time?

This still feels like a piece which is a very long way from finding its form—and truly welcoming an audience into the experience. But I was intrigued, and I found the deliberate hesitancy of Roslyn’s performance—as if she is finding the words and arc of the narrative in the moment—appealing.