There are lots of smart shows at the Vault Festival but the conditions seldom lend themselves to work which is also slick. But Saturday night’s viewings brought forward two very neatly put together shows that both know exactly what they are doing and are both smart and slick.

Felix Legge’s satire, Mancoin, puts a man called Guy White centre stage. So far, so obvious. Guy—brilliantly played by Hubert Burton in a performance which has to turn on a coin if we are going to go with the premise of this show—is a young entrepreneur who has come up with the idea for a new cryptocurrency called Woke which will reward socially conscious good deeds.

Guy explains that he wasn’t always a feminist, but he’s read all the right books and of course he is really supportive of his girlfriend Polly who is also running a start-up, one which has both practical application and the possibility of doing good. When Guy has a row with Polly and in anger launches a crypto-currency called Mancoin, which can only be used by men, he gets $87 million dollars investment over-night and becomes a poster boy for all those little boys who bemoan that “men can’t win these days.” 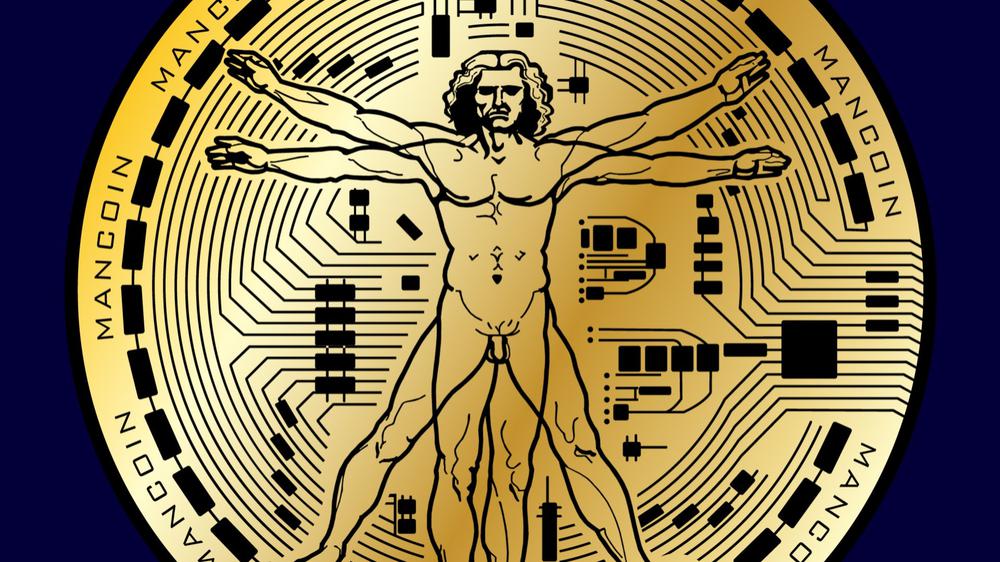 Except, as Guy demonstrates, they do. And they keep on winning whether that’s because the structures are designed in their image or because they claim victim hood when things don’t go their way. Guy’s feminism extends only as far as his own self-interest.

Its satirical tone may be very different, but Mancoin is a close cousin of Penelope Skinner’s excellent Angry Alan which comes to Soho Theatre next month. The cleverness in Anna Fox’s nifty production is the way that it places Guy centre stage and yet constantly reminds us how women are pushed aside and must occupy the peripherals. Three women—Shazia Nicholls, Suzie Preece and Gabby Wong—stalk the edges of the stage, representing not just the particular women in Guy’s life but all the clever, resourceful and inventive women whose voices are drowned out. Even when their voices are amplified by microphones Guy speaks over them and for them. Guy may hold the centre-stage, but it is the women who are the moral centre of this play, ensuring it is never the monologue that Guy would like it to be. 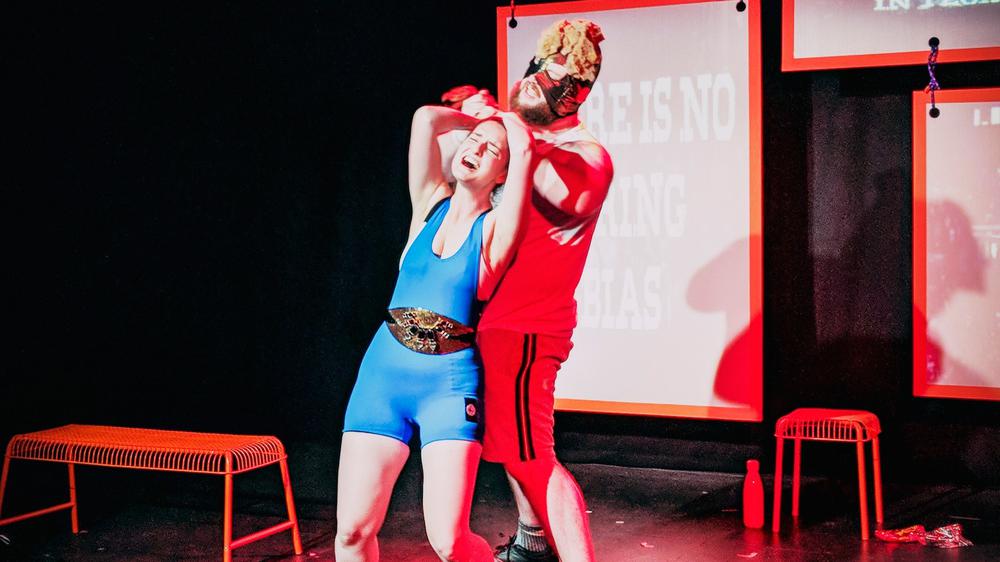 Is Vince McMahon, the founder of wrestling outfit WWE, the new Martin Luther? What did Roland Barthes have to say about wrestling? What is the connection between the ancient city of Jericho and WWE star Chris Jericho. Maybe the answer is nothing, but we can be persuaded otherwise in Malaprop’s Jericho, a devised piece created by the Irish company who brought us the terrifically crafty Everything Not Saved at Edinburgh last summer.

Maeve O’Mahony is a journalist who would love to do the kind of investigative work that wins you a Pulitzer but works for a site recycling web stories as click-bait. But when she is asked to write a piece about WWE she finds herself wrestling with ideas around tone, trust, truth, lies and how politics has become a spectacle and entertainment a form of politics.

The show is fragmentary, and sometimes frustrating, and not helped by the fact that the sound quality could be better, but its form is also refreshing in the way that it manages to reflect both what it is like to be inside the internet and uncertain of the world about us.

This is as crafty as Everything not Saved and if it’s not quite as engaging it definitely marks Malaprop out as a company of real ambition. One which is using theatrical form to grapple with the complexities of a world where the ground is constantly shifting beneath our feet and where what we believe can be recalibrated not just on a daily basis but minute by minute.