Reviews: Inside Voices & Juniper and Jules

The VAULT Festival is effectively Edinburgh in London with about the same level of dampness and similar spiralling levels of excitement. It makes theatre an event. It makes it fun. On the opening night there was something rather touching about seeing so many people so eager to take a punt on theatre’s new voices.

One of the big takeaways from Edinburgh last summer was the number of young artists and companies keen to tell different stories. My opening night at Vault confirmed that as a trend not a blip. It is good to see Vault programmers taking note.

I suspect that just a couple of years ago Nabilah Said’s Inside Voices, a tantalising glimpse into the lives of three Muslim Malay women produced by Lazy Native, would have found it harder to find a berth in London. 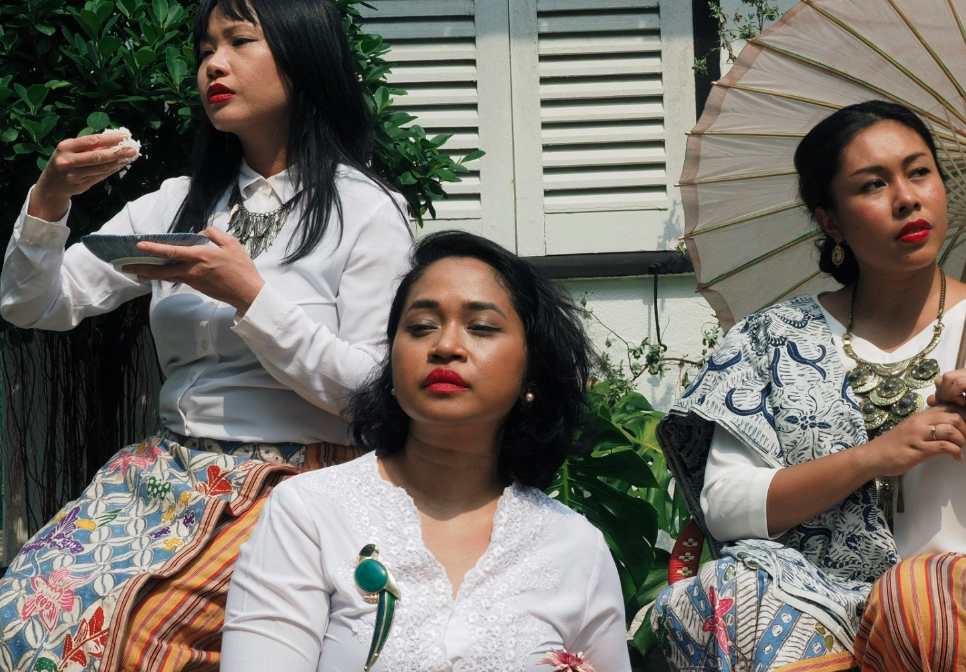 The cast of Inside Voices

That would have been our loss because while the show – which puts three women of different ages and backgrounds together in a room – feels very much like a fresh slant on some of the consciousness raising plays of the 1970s and 1980s.

It appears that women face many of the same problems all over the world whatever their culture or religion; with domestic violence, slut-shaming, body issues, responsibility for children and over-entitled males all playing a part in weighing women down.

Said doesn’t quite answer the intriguing question of exactly where these women are (initially I thought – incorrectly – they may be ghosts or in purgatory or prison) but the show is interesting in the way it borrows from modern feminism on the one hand and American TV series like Charmed on the other, overlaying both with a South East Asian mysticism. There is more at stake than a group of girlfriends getting together. Zhui Ning Chang’s production plays that up beautifully with the help of Nicola Chang’s sound, and if the hour sometimes lacks a leavening comedy and playfulness there are appealing performances from Siti Zuraida, Suhali Safari and Nur Khairiyah Ramli as the women trying on identities and clothes and finding freedom in sisterhood.

More sophisticated and definitely slicker and shinier is Stephanie Martin’s terrifically enjoyable Juniper and Jules, a rom-com with a sting in its tail. Gay management consultant Juniper (Stella Taylor) meets Jules (Gabriella Schmidt), a primary school teacher with an estate agent boyfriend, at a club. The attraction is mutual and soon the pair are in bed together and Jules is exploring her bisexuality. 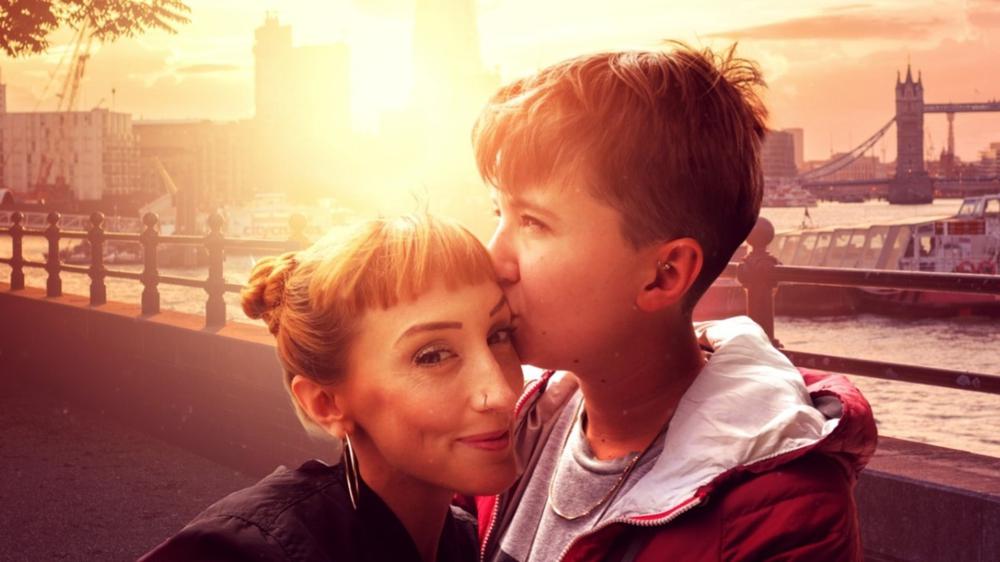 Juniper and Jules by Stephanie Martin

Like anyone who has ever fallen in love, this pair think that their love is different. That they are bigger than the rest of the world and nothing can touch their extraordinary love. But, of course, time and familiarity have their way with them and soon Jules is demanding a polyamorous open relationship. Can they weather it?

Martin structures her two-hander with confidence, there are some neat touches including the changing tone to text exchanges that drift from flirtatious banter to terseness. Aided by two spot-on performances, Martin is also good at balancing audience sympathies between the earnest, slightly over-controlling Juniper and the thrill-seeking Jules. 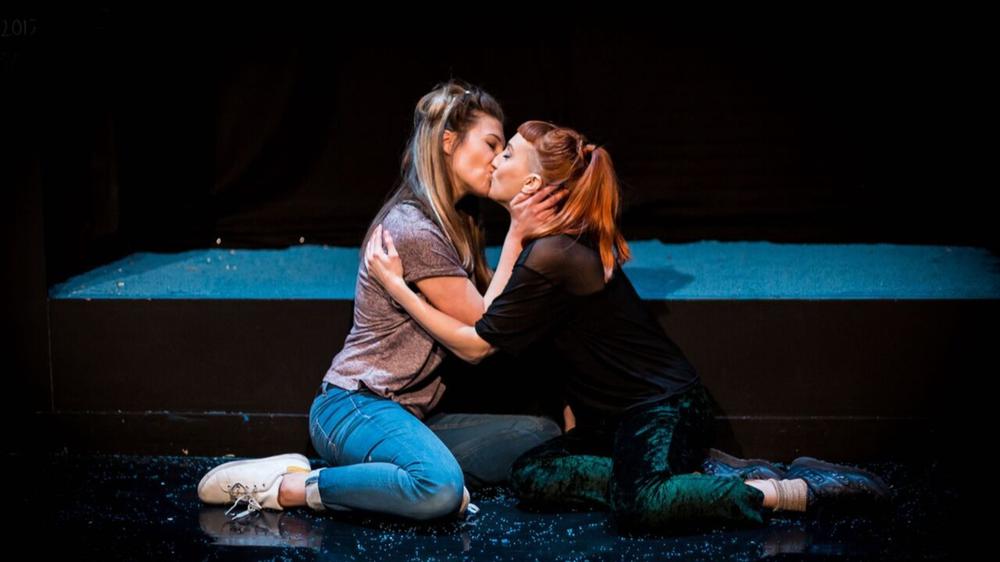 Stella Taylor and Gabriella Schmidt in Juniper and Jules

Bethany Pitts’ production is alert to both the comic and the sexy. Most sex scenes on stage make me want to study my toes intently, these made me smile. This is a show with legs which could yet be developed further. It offers a real and rare pleasure in seeing a lesbian relationship put centre stage with a matter of fact ease.

Tip: if you enjoy the work of any of the artists at VAULT Festival this year, you can follow them on the Stagedoor app. The next time they have a show on in London, it will appear in your personalised recommendations.