Girls—part of a trilogy that includes Care, which is also at VAULT Festival this week—has much in common with Boys but it is not a mirror image. Sure, there are sections that overlap: a moment when the women step forward and tell us something about themselves that might or might not be true. Something that might challenge us. As if they can read the audience’s minds as we sit there judging by appearance.

But this is a much more inter-generational affair, reminding us that girls is an appellation that can be used in many ways, even applying into old age. They begin with Barbie and they end by celebrating the great women who history has sometimes forgotten. They suggest that we can dance to a different tune. A young woman’s voice floats ethereally over the stage rendering pop classics strange and sometimes unsettling. 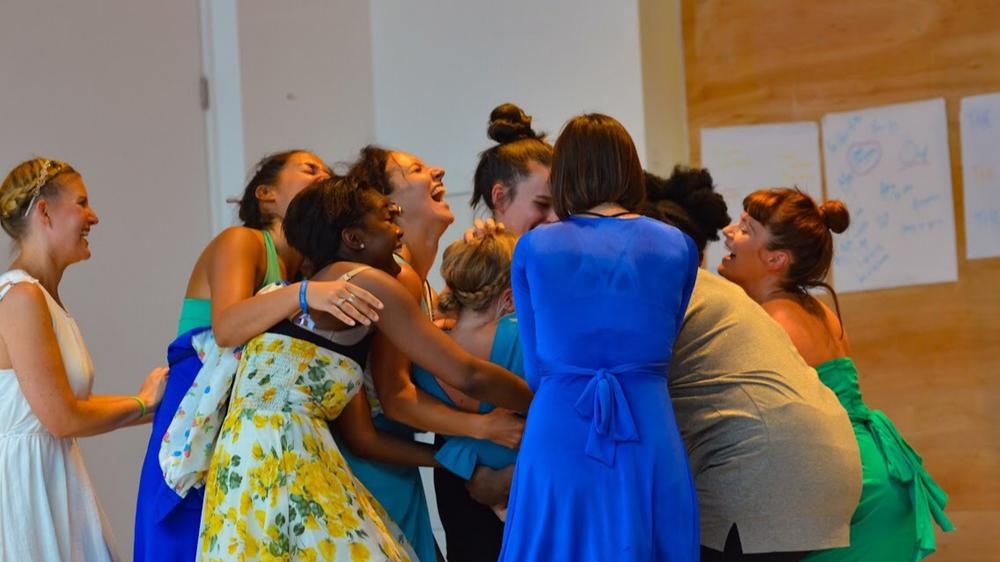 The company of Girls.

This is both a celebration and also an interrogation. Girls is definitely not all sugar and sice. These women screech and scream; there is sisterhood, but there is also bullying and violence. They giggle and hug as they put on school uniforms and wedding dresses, in the process remaking the past and wondering about the future. Ursula tells us of her journey to become a performer, Alexa—mimicking her digital namesake—offers sage advice: “Never play leapfrog with a unicorn.” Like the women themselves, this show is messy, unfinished, both hesitant and sure of itself. It’s part of its appeal.

Everywoman is very much a work in progress, but then so is life. Particularly a woman’s life. Written by a female playwright who wishes to remain anonymous and performed by Charlotte Merriam, Everywoman points to an inherent radicalism in women writing about their own lives, particularly about childbirth, mothering and creativity. It brilliantly articulates the way a woman can feel she is disappearing during pregnancy even as she becomes more apparent and takes up more space. It scrutinises the expectation that a mother will put her child’s well-being above her own on-going urge to create.

This prods relentlessly and effectively at the gap between how women live and what we actually feel (particularly in relation to motherhood and marriage) and how it is taken for granted that when men write about their own experience it is universal and when women write about their lives it is merely domestic. 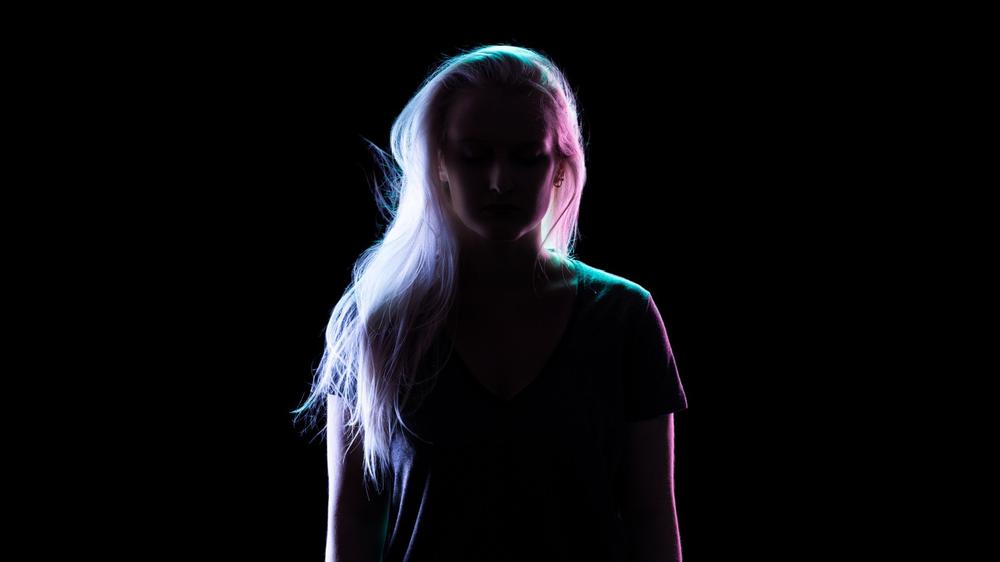 Her writing, and Amelia Sears’ production, dance around each other in a way that constantly draws attention to the way the fragmentary creates something satisfyingly whole. Something universal. As the novelist and playwright Rachel Cusk once said,

“it is living, not thinking, as a feminist that has become the challenge. I no longer presume to know how other women live or think or feel. I can only try to align myself with them, to get sympathy with them, by saying how it is for me.”

Everywoman's anonymous writer tells it how it is for her. We lean forward to hear better because we do not speak enough about how it is for us and such honesty is an act of radicalism. More please.

In contrast Gael van den Bossche’s farcical Jammie Dodger seems like a throwback both in terms of theatre and representation. It hinges on a plot by three women—all involved in a pyramid selling scheme featuring jam—to murder their husbands and escape to America together. But things soon turn very sticky indeed. There are some laugh out loud moments, but the whole thing feels forced, nobody behaves in a remotely believable way, and the actors work hard to make up for it but end up being over-emphatic.