Out Of The Forest Theatre
Company

There is a power in naming. In Salem during its 17th century witch trials the accused were urged to name others who were also witches. In times of fear naming can be a kind of contagion.

Towards the end of Call Me Fury the four strong all-female ensemble employ a different kind of naming, one that conjures the nameless, gives the forgotten dead back their names again. It’s like spell: a good spell.

Most of what many of us know about the Salem witch trials comes from Arthur Miller’s The Crucible, which will be revived at the Yard later this year. Miller used the play as a parable about McCarthyism which, in late 1950s America, was rooting out a different kind of witch: communists. He placed a man—John Procter—centre stage.

In this folk horror musical, Out of the Forest put the nameless centre stage,. They give voice to the women, the poor and the outcasts to ask: what is it that we fear so much that we cease to see others as human? 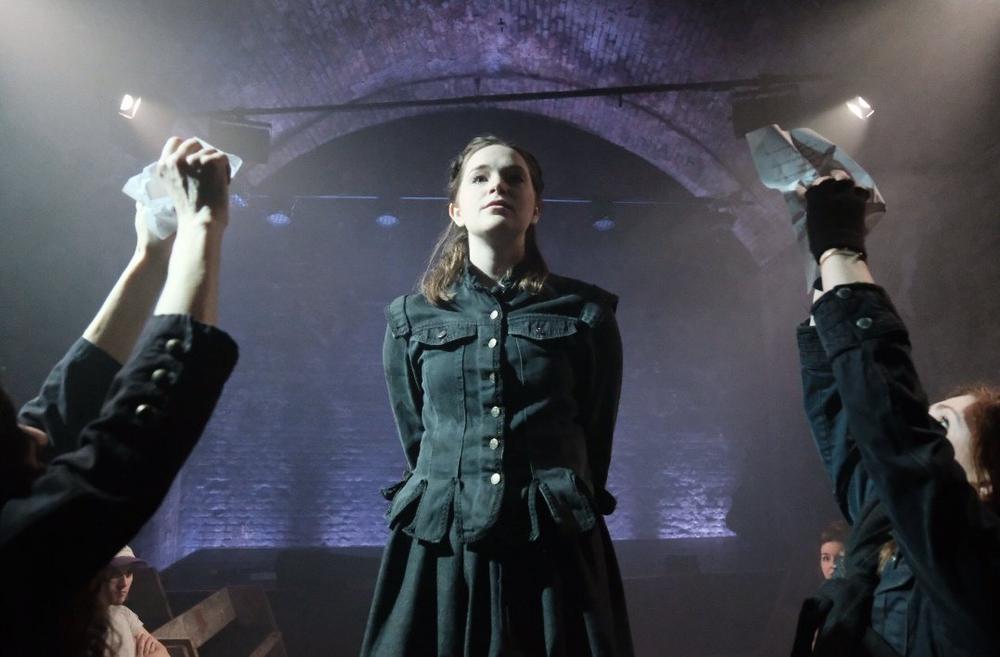 Call Me fury by Out of the Forest. Photo by Will Alder.

This is very much a work in progress from a company which won an Offie for Best Ensemble for its production of Bury the Hatchet at the Hope Theatre last year. It is the recipient of this year’s Alchemy Award at the North Wall in Oxford where Call Me Fury will be developed further.

Yep, it still needs work but there is a great deal already to enjoy. Not least in the way it fuses country music with historical fact, mixes an irreverent sly wit with a growing sense of horror and melds stories of witches down the ages into the main narrative. It reminds that religion, fear and othering are still with us, and it only takes a spark for the burning to begin.

Hayley Wareham’s Bottled. is a coming of age story with a difference. Apart from the fact that she saw a dead body when she was seven and realised that the dead don’t look like angels but more like a leftover Boxing Day cheeseboard, Katie is an ordinary 15-year-old. She is revising for her GCSEs and plans to be a vet. She is in love for the first time and planning a post-exam jaunt to Spain. But then her widowed mum marries boyfriend, Brian, and he is transformed overnight into a physically abusive and mentally controlling monster. Suddenly all Katie’s plans are derailed. 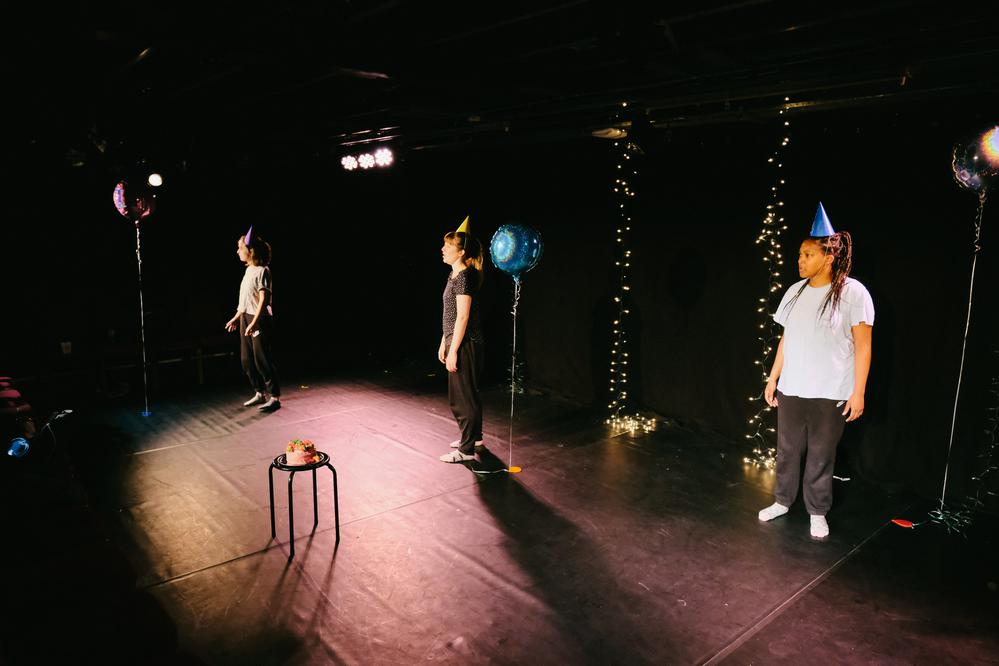 The trick here is a good one: Katie is played (very well) by three performers—Alice Vilanculo, Isabel Stone and Wareham herself—so we, the audience, feel we are inside her head and also observing her as she is observing herself in that self-conscious teenage way.

The writing is really sparky too. It effortlessly captures the matter of fact sardonic wit of a bright teenager who thinks she knows everything and can’t see the point of learning about tectonic plates when they hardly figure in Peckham. Only Katie’s world is about to take a seismic shift.

The script is in need of a sharp-eyed edit but this is an honest and engaging debut, and one which points up how women and children in abusive situations are repeatedly failed by social services, the lack of refuges, housing policies and the police. At one point when the police are called because Brian is battering Katie's mum they take no action. As he leaves a policeman shakes Brian’s hand.

Both shows run until Sun 17 Feb. You can buy tickets for Bottled. here and Call Me Fury here.