Like last year’s Edinburgh fringe, one of the things that the 2019 Vault Festival has proved is that while more established theatres are still struggling to tell different and more diverse stories those at the beginning of their careers are making it look as easy as drinking a glass of water. It’s a reminder to other theatres, well-funded and resourced theatres, that you can just do it. But you’ve got to genuinely want to do it.

The amount of female-led work has been exciting, and what might be called the Emilia effect can be seen in 10, Lizzie Milton’s celebration of over-looked women from AEthelflaed who ruled over Mercia to Mary Prince, who escaped slavery and whose autobiography was influential on the abolitionist movement.

Essentially this is a series of short monologues in which the women claim centre stage to give us a brief insight into their stories, and of course there are limitations in that form. It can feel a mite unsatisfying, although it certainly made me scurry away to find out more about Princess Caraboo, the Devonshire working class woman who reinvented herself as princess from a far-off land, to Noor Inayat Khan, who worked in Special Operations during WW2 and was executed by the Nazis. 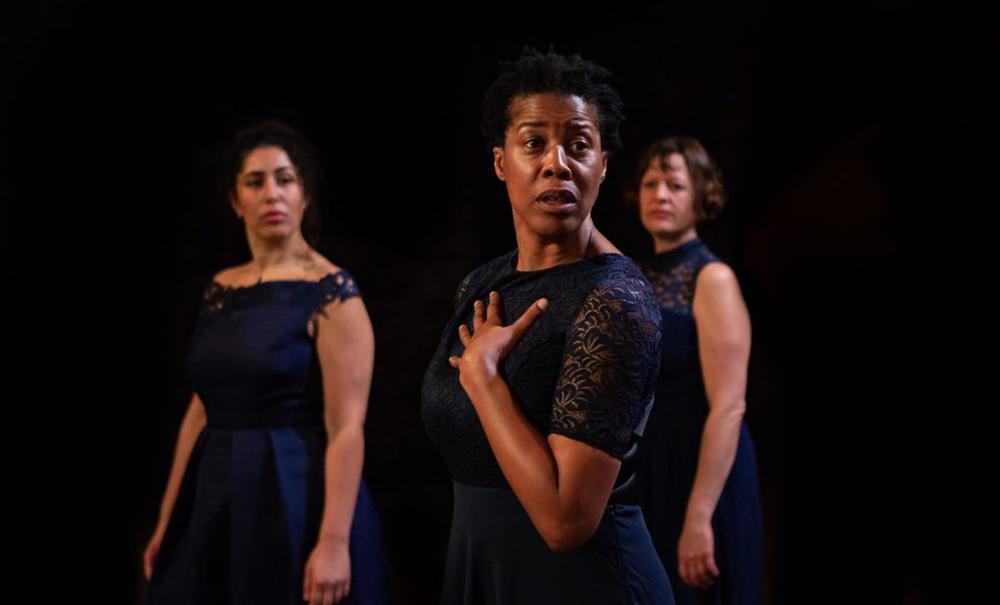 But the interesting thing in Nastazja Somers’ suitably unadorned production, performed by a tight-knit, generous ensemble, is the way that that whole is greater than its parts with each of the women’s stories shining like the facet of a diamond, the light shines on one story and then illuminates another. It also is a show which reminds us how easily gains become losses. “I did change the world,” declares AEthelflaed, before adding poignantly, “only for a moment.” British theatre is living through one of those moments. The challenge is to make sure it lasts.

In Molly Naylor’s Lights! Planets! People! Maggie—played by Karen Hill, who is very good indeed–is a space scientist who is giving a talk to a group of school girls to inspire them to take up careers in science. But she is suffering panic attacks, so she is seeing a therapist whose questioning is as searching as a deep-space probe.

Hill makes Maggie fascinating, a blunt, guarded woman proud of her achievements but also beset by failures in her professional and private life. The show raises questions about how we measure female success, the things that women still feel they have to hide in order to get ahead—or at least stay on the same track as their male peers—and how ideas of what makes a woman useful are still often defined in terms of family and child-bearing. 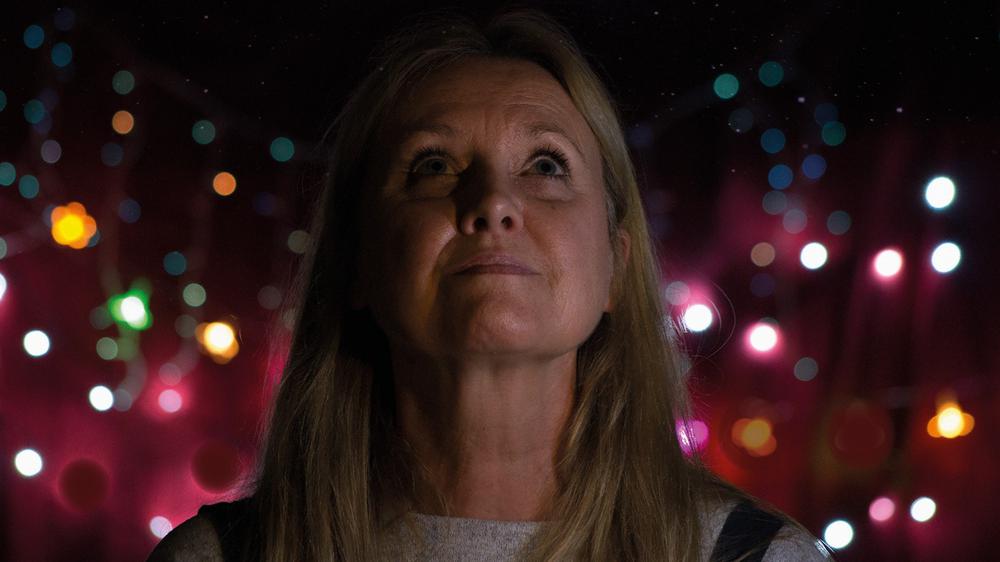 The show slightly lacks focus and it offers tantalising but still not fully joined up connections between space exploration and our essential humanity. But it is a show that reminds that change is possible, failure is human and while like Maggie we often become obsessed about being useful in one way it turns out that when we are open and honest about the struggles and difficulties we face that is when we most truly lead and inspire.

There is also a therapist in Joanne McNally’s Bite Me, a piece inspired by her own experience of eating disorders. It’s a show which comes across as part stand-up set and part theatre show, and it is all the better for it. There is a wonderful disconcerting moment when McNally simply eats a carrot. For a very long time.

What I like about the show is that while it’s very funny it never sacrifices the comedy to the truth. The result is an hour which is both hilarious and brutal as McNally charts her binges in a Tesco car-park and encounters with her therapist in which her eating disorder manifests itself as Louis Walsh cheerfully urging her on to destruction. There are times when the audience seems discomforted. There are nervous giggles as well as guffaws. That’s brave. It made me like the show all the more. 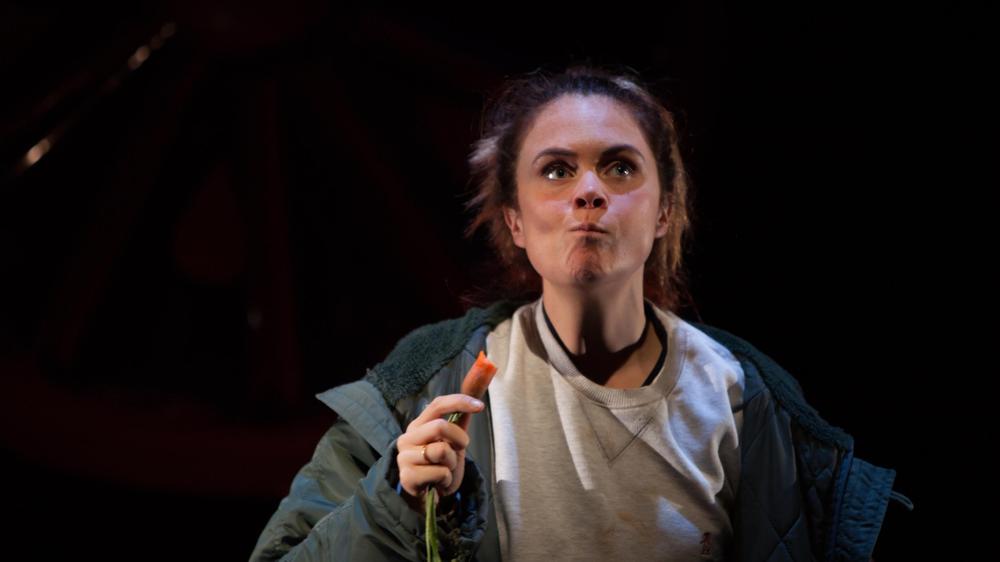 Joanne McNally in Bite Me.

All three shows are running until Sun 17 March at VAULT Festival. You can get tickets for 10 here, for Lights! Planets! People! here, and for Bite Me here.