In this new creation, Trygve plays opposite his own one year old baby, Phineas, inducting him into the family business as early as possible. Expect double the cartoonish comedy as Trygve attempts not to be upstaged by this fledgling performer.

Trygve is a master of creating strange, beguiling worlds using the bare minimum - a stage and his improbable facial and physical contortions. He's wowed audiences the world over with his tentacled trilogy: Nautilus, Squidboy and Kraken. Kraken won Trygve the Underbelly Award in 2014, while Nautilus was nominated for the Fosters Edinburgh Comedy Award in 2015 - putting him in elite comedy company.

Created and performed by Trygve Wakenshaw.

Age Recommendation: Not suitable for under 8s.

Cute as heck hour of uncanny synchronicity and improvised larks. 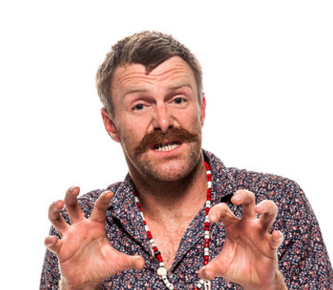