Lyn Gardner
27 June 2022  ·  Follow on Stagedoor
“Battersea Arts Centre’s Grand Hall gets turned into a movie studio for this new version of the Pinocchio story. Here, the tale of the wooden puppet who wants to be “a real boy” becomes a metaphor for transition. Created by two of Scotland’s most interesting artists, Rosana Cade and Ivor MacAskill, it’s been developed since 2018 alongside MacAskill’s gender transition and explores lies and verity, the possibilities that arise from change and what it takes to tell your own truth.”

Join two artists on a fantastical journey through a real-life story as they make a new trans version of Pinocchio.

Set in a fictional film studio, you’re invited behind the scenes of Cade & MacAskill’s creative process and their relationship, to question what it takes to tell your truth.

Artists and lovers Rosana Cade and Ivor MacAskill have created The Making of Pinocchio alongside and in response to Ivor’s gender transition. In this playful theatrical and cinematic spectacular, their tender, complex autobiographical experience meets the magical story of the lying puppet who wants to be a ‘real boy’.

Testifies to an evolving love 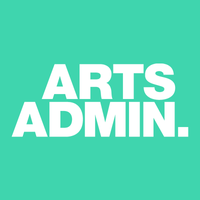