Lyn Gardner
15 November 2018  ·  Follow on Stagedoor
“Last year Lekan Lawal won the Stage Debut Director Award for Betrayal at Derby Theatre. For the last year he has been at Battersea Arts Centre gaining experience in all areas of artistic leadership. This is a young artist who is really flying, and definitely someone worth following on Stagedoor. This piece created for Battersea’s gorgeous Grand Hall space is about Al, who thinks he can fly. Like a comic or graphic novel brought to life, Superblackman draws on super hero pop culture and mythology to ask why so many young black men experience mental health issues.”

Al has a secret. He can fly. To break the news to his family and friends, he’s made a graphic novel and is going to turn it into a blockbuster movie.

Part of Up Next - a partnership between Artistic Directors of the Future, the Bush Theatre and Battersea Arts Centre, which hands the keys of two London theatres over to visionary artists of colour. 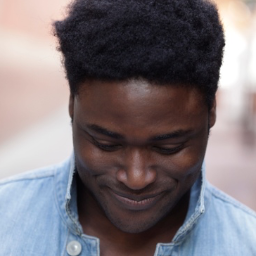