Travelling across Qatar, Nepal and Sri Lanka, performance-maker and footballer Ahilan Ratnamohan expected to come face to face with the reality of what it takes to build our global World Cup dreams. Through interviews with the workers themselves, he glimpsed behind the Western media headlines and into the lives of those on the ground, discovering that much like the beautiful game itself, the truth is often a fallacy.

Mercenary is a collaboration between Ahilan Ratnamohan, a Sri Lankan-Australian footballer-artists, and Mutamassik, an Egyptian-Italian-American musician. The performance features Ratnamohan's distinctive football-dance movement seen in his LIFT 2014 production, Michael Essien, I Want To Play As You..., fused with Mutamassik's trademark first-generation, punk jaw, electronic pan-African derivatives. 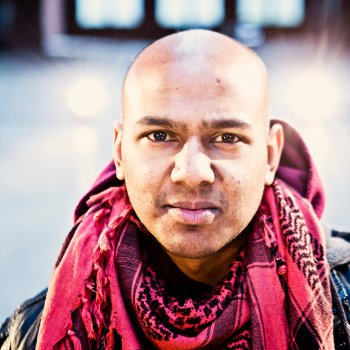