Lights Over Tesco Car Park: The Abductions will be developed by Poltergeist Theatre in collaboration with Battersea Arts Centre and LIVR. This new re-imagining will immerse audiences with stunning 360-degree virtual reality from the comfort of your own home.

The Abductions is a 360° experience, inspired by Poltergeist’s 2018 sell-out Edinburgh Fringe hit, Lights Over Tesco Car Park, that puts audiences at the centre of four historic alien abductions.

The Abductions is supported by Battersea Arts Centre & LIVR, in association with The Rose Theatre, Kingston and funded by Arts Council England. 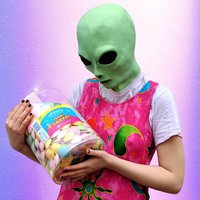