Following on from her sell out, multiple five star achieving debut show 31, Jayde Adams brings a preview of new material to Battersea Arts Centre ahead of the Edinburgh Festival Fringe 2017.

Jayde won the prestigious Funny Women Award in 2014, a London Cabaret Award in 2013, was nominated in 2013 as The Hospital Club's Top 100 People In The Arts. In 2016 she was nominated for the lastminute.com Edinburgh Fringe Best Newcomer Award for 31, which also went on to sell out at the Soho Theatre.

After appearances in 8 Out Of 10 Cats Does Countdown, BBC2's Gert Lush Christmas with Russell Howard, Sky 1's Sick Note with Nick Frost and Rupert Grint, and Channel 5's Borderline, it's safe to say that when Dawn French says 'Jayde Adams is the 3rd funniest woman in the world. Fact' she might just be onto something.

Adams has a highly original voice and is unafraid to mix lowbrow, explicit anecdotes with the emotionally intimate

A flawless show from accomplished comedian Jayde Adams, 31 is a stunning blend of side-splitting comedy and heart-wrenching storytelling 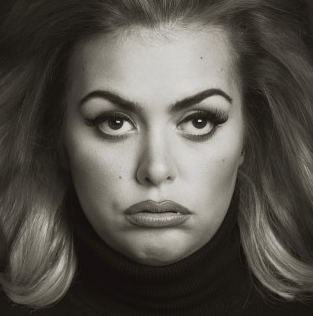