The Unspoken is a play that explores the knock-on effects of classism in Britain through the eyes of Jimmy, an aging coal miner in Northern England. It’s 1972 when the pending miners' strike threatens a state of emergency, and we learn that Jimmy has spun countless lies over the years, fooling his blind daughter into thinking they live a life of luxury.

At a glance, Jimmy appears to be a monster who’s keeping his unwitting daughter captive in their run-down home. Yet as the layers are peeled away, we’re forced to ask a number of uncomfortable questions, such as: what other choices does someone in his position have? And what kind of future lies in store for his daughter once he’s gone?

The play started as an experimental piece back in 2003, but was never finished until Actor Awareness – a London-based group who are dedicated to ensuring equality and diversity in the world of casting – set the theme of “class” in a writing contest, which prompted Jody to revisit the script.

The play was shortlisted by Actor Awareness, and later chosen to be part of their summer festival at Barons Court Theatre. It was first performed on 24th July and had such an impact that venue manager Christian Deal immediately offered Jody a two-week run. “I’ve been in theatre a very long time,” said Christian. “But something about this play was so deeply original that I just fell in love with it. It’s based on horrendous truths, and it holds the power to make people laugh and cry. The audience reaction alone was enough to justify an extended run.” 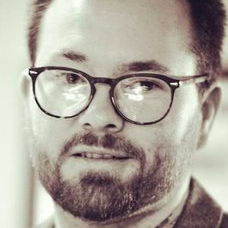 Barons Court Theatre
Curtain's Up pub, 28a Comeragh Road W14 9HR London, UK · Get Directions
‐ ‐
No user reviews
Be the first to review it