In the flesh, he plays a hardened First World War nurse keeping dutiful watch over a critically injured soldier. Through life-sized video projections, he rises as incarnations of the wounded and dying too, his flowing monologue capturing the emotional and physical fallouts of large-scale conflict.

As a companion piece to BigMouth, which provides a platform for statesmen and commanders, SmallWaR shifts the focus to the myriad men and women who have heeded the call to battle. Inspired by real-life testimonies and accounts from the Crimea to Afghanistan, the play features seamless digital imagery and an unnerving solo performance by Dhaenens who has become a compelling voice in European theatre.

See BigMouth, also presented as part of our autumn season.

Unbearably poignant … as effective in demonstrating what war does with the minds and hearts of those involved, as it is at showing us the devastating physical consequences 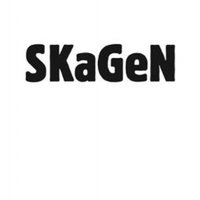