In this irreverent phenomenon of music, dance and ‘witch-bitch’ ritual, The Famous plunges into the ghostly underworld of popular culture, seeking, as she puts it, ‘the real me, the pure me, behind this soiled shroud of promiscuity.’

Holstein’s shows are a riot of shameless showmanship and live-art provocation. 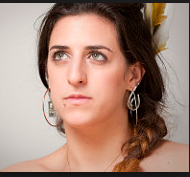