Out of the darkness, a vast field of bodies emerges. At the centre of this universe, a woman stands as storyteller, her voice conveying the voice of a god, of the elements, of time itself, and of a thousand lives caught in visceral moments of war. All the while, a 215-strong community chorus moves as a haunting and uplifting presence across the stage, which evolves from battlefield to meadow to starlit sky.

Stripping much of the narrative from the Iliad, Oswald’s Memorial is an intense and urgent elegy for each of the 215 dead soldiers named in Homer’s epic, one that transcends time to explore profound themes. Her transformative text is embodied by one of Australia’s most celebrated actors, Helen Morse, joined here by an ensemble of singers and musicians. Directed by Brink Productions’s Chris Drummond, with choreography by Circa’s Yaron Lifschitz, the reflective, meditative and dynamic show stands as a requiem to all those who have made the ultimate sacrifice during conflict and war. 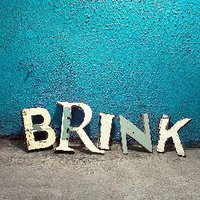